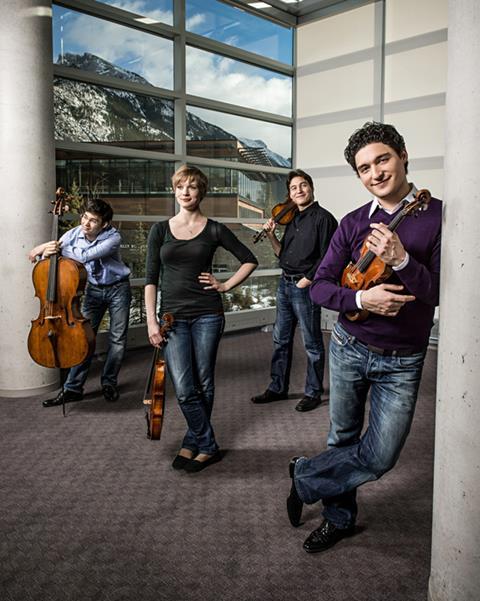 The Cologne-based Schumann Quartet has won the €20,000 grand prize at the Bordeaux International String Quartet Competition. The group comprises three brothers – violinists Erik and Ken and cellist Mark Schumann – and violist Liisa Randalu. Second prize in the competition went to the Ellipse Quartet from France.

The members of the quartet study at the Hochschule für Musik Köln. Their chamber music teachers include Harald Schoneweg, and they have also studied with Günter Pichler at the Escuela Superior de Música Reina Sofía in Madrid.