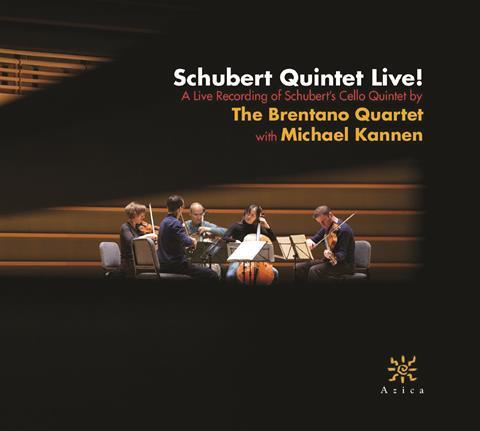 The producer and musicians need you to know – hence the disc’s ostentatious title and their discursive booklet notes – that this disc of Schubert’s Quintet was culled from three separate performances recorded (very reverberantly) at Amherst College, Massachusetts, in September 2014. The notes even resort to language that is pure X Factor. ‘Live Recording – Realising the Dream’, they swoon, the subliminal message being, ‘Forgive the imperfections; it’s the spirit that counts.’

I had thought that the whole point of stockpiling multiple live performances was to cut and paste together an idealised performance – the glow of the live experience retained with smudges of ensemble and audience coughs faded to a minimum. But if the exposition of the opening movement represents the best available take, one shudders to think what hit the cutting-room floor.

And without the manipulative spin I’d have been happy to wave this disc through for what it is – a middle-ranking performance (don’t go throwing away your Pablo Casals record yet) by musicians invested in giving an ardent account of a work they clearly adore. Even the repeat of that first-movement exposition is built on sturdier intonation, and the scherzo has a gamy rhythmic strut. It’s a pity, though, that the Adagio is oversold, and rubato feels micromanaged throughout.