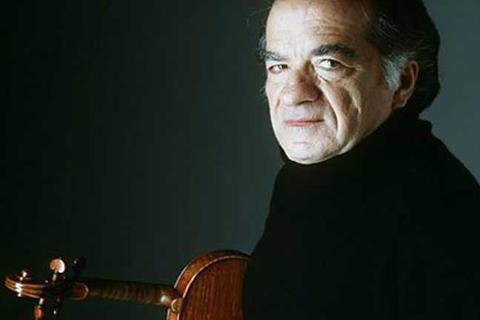 Born in California to Italian parents, the American violinist Ruggiero Ricci started the violin aged seven, studying with Louis Persinger and Elizabeth Lackey. He gave his first public performance aged 10 in San Francisco, where he played worked by Vieuxtemps and Wieniawski, and soon afterwards he made his debut at Carnegie Hall. During his 70-year solo career, he made over 500 recordings and performed over 6000 concerts, presenting, alongside core repertoire, many world premieres and neglected works by 19th century composers. He owned many instruments, including the Guarneri, del Gesù violin known as the ex-BronisŠ‚aw Huberman of 1734.