Confidence and style underpin this exploration of Vivaldian cross-currents 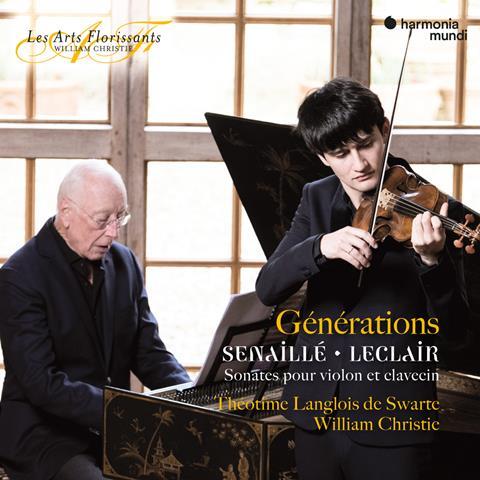 Description: Confidence and style underpin this exploration of Vivaldian cross-currents

Théotime Langlois de Swarte explores cross-influences between Vivaldi and two of his younger contemporaries in period violin playing of outstanding calibre, characterised throughout by pinpoint accuracy, tonal purity, clean articulation, sensitive phrasing and a flowing sense of line. He is supported by stylish, alert and expressive accompaniments and well-balanced recordings that combine immediacy, firmly focused yet transparent textures and an attractive ambient warmth, showcasing his 1665 Jacob Stainer violin to optimum effect.

De Swarte introduces Olivier Fourés’ reconstruction of Vivaldi’s solemn concerto RV179a with a flamboyant prelude, forewarning us of its surviving manuscript solo part’s demanding written-out cadenza in the finale and audacious annotated ornamentation in the lyrical central Largo. Flamboyance also characterises the accounts of the outer movements of Vivaldi’s concerto RV384, de Swarte truly whipping up the pace towards the end of its final Allegro. He links Vivaldi to Leclair with another exuberant Vivaldi-based prelude and juxtaposes the more French sensibilities of Leclair’s concerto op.7 no.5 with the Italianate bravura of ‘the French Corelli’s’ op.10 no.3, in which Leclair clearly emulates some of Locatelli’s exceptional pyrotechnics. These latter seem meat and drink to de Swarte in his account of Locatelli’s concerto op.3 no.8, save for a couple of uneasy moments in its final Capriccio.