Well-picked concertos showcase the sheer range of this Venetian master 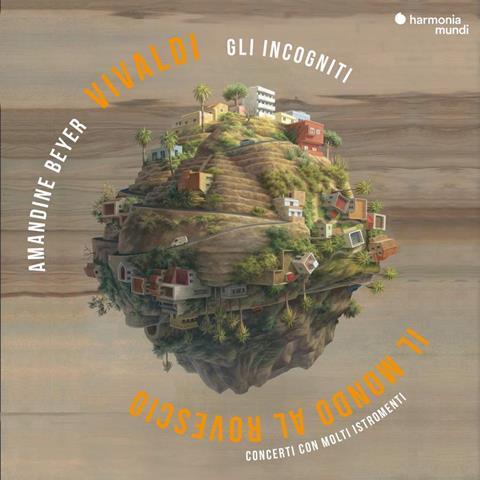 This anthology, embracing a variety of Vivaldi’s concertante works, underlines his seemingly infinite capacity for invention. It takes its name from RV572, in which the solo violin and cello parts are ‘reversed’, each being written in the other’s clef, and features period violinist Amandine Beyer as an assured principal soloist. It also provides opportunities for members of Gli Incogniti to shine, either from within the ensemble, notably the woodwinds (including clarinettists in RV556!), cellist and harpsichordist (RV572) and the exuberant natural horn players and timpanist (RV571), or in dedicated solo works.

Read: Amandine Beyer on playing the music of C.P.E Bach

Review: Gli Incogniti: Beyond the Limits

Beyer delivers perceptive accounts which are exhilarating for their technical dexterity (especially her cadenzas for the finales of RV562 and RV556), even if the finales of RV571 and RV576 seem somewhat frenetic. She plays the lyrical slow movements with expressive subtlety and shapely phrasing, imbuing them with tasteful ornamentation and occasionally, as in the Grave of RV562, highlighting Vivaldi’s dramatic bent. She combines with oboist Neven Lesage in a powerful rendition of RV576 and directs persuasive performances of RV536, in which Lesage is joined by Gabriel Pidoux, and the brief RV432, for which flautist Manuel Granatiero improvises an enterprising second ‘movement’. The well-balanced recording has a welcome sense of space and separation.