Music that compels and irritates in equal measure 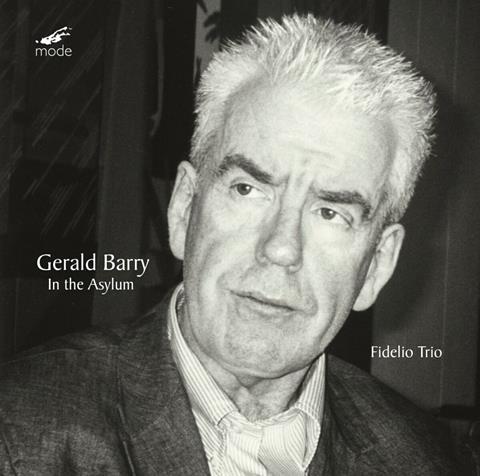 Description: Music that compels and irritates in equal measure

Works: Barry: 1998; All day at home busy with my own affairs; Midday; Le vieux sourd; Baroness von Ritkart; In the Asylum; Ø; Triorchic Blues

You never quite know where you stand with the music of inveterate Irish trickster Gerald Barry. Indeed, some of the pieces on this brilliantly deadpan, incisive disc from the Fidelio Trio and friends seem expressly designed as a dialogue between composer and performers, in terms of how far Barry can ask them to go. The early Ø for piano quartet tests ensemble co-ordination in increasingly challenging, mind-numbingly repetitive material, for example, while the gnomic Midday for violin and piano is like a musical Waiting for Godot: Barry imagines a character alone in a landscape anticipating a distant sound, which never arrives, in music of isolated sounds and semi-repetitions reminiscent of Feldman.

Most effective, though, is the way in which the Fidelio musicians play Barry’s musical jokes entirely straight, thereby capturing his elusive, is-he-being-serious-or-is-he-taking-the-mickey sensibility to a tee. Violinist Darragh Morgan and pianist Mary Dullea despatch the deranged, patience-testing march of 1998 with enjoyable rawness, even a certain restrained violence, and a bracing crispness to Morgan’s rasping bow strokes. And it’s hard to imagine a more committed, persuasive account of the piano trio In the Asylum, which speculates on three imaginary operas, misheard in conversation by the composer, in music of wild imagination – not least the explosive, somewhat inexplicable incorporation of the British national anthem just before the end. Like much of Barry’s music, the works here are partly fascinating, partly infuriating, but it’s his ability to captivate the listener only to send them down the garden path that makes his output so compelling. And in their faithful, quite hard-edged accounts, the Fidelio players match that tricksy skill perfectly.