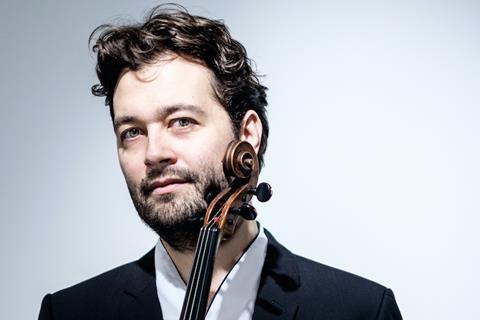 In response to the Coronavirus crisis, Lawrence Power has commissioned ten short viola pieces, which he will premiere on video, filming them in and on top of empty venues.

The first film, Power by Huw Watkins, filmed on the roof of St John’s Smith Square, will be released on Instagram and YouTube at 5pm BST on Friday 5 June and remain online.

The films are made by Jessie Rodger, whose first trailer can be seen here.

Power explains the project: ‘The big question facing every artist at the moment – which is challenging but exciting – is how can we be creative? I find myself drawn to commissioning new music. That is the idea behind this project – commissioning ten short solo viola works and presenting them beautifully on film in various iconic London venues that are locked down. It seems a natural direction to create something new out of this particular time. It’s a time to be free and creative, and to try new things. Concerts will start again, but we don’t know when, so if we forget about that it opens up the idea of other things we can do.’ ‘I’ve always been fascinated with how folk and jazz music have been presented on film in very interesting ways, and I think classical music can be presented like that, too. With these miniatures, which have been written for me, I’m excited to explore the relationship between thesilence of these venues and the music. These wonderful composers represent a wide spectrum of music and it will be exciting to explore their work within the silent spaces around London.’

To fund the new works, Power drew support from his Viola Commissioning Circle, which he founded in 2018 with the aim of raising money to create ten new viola concertos. These have already included a Viola Concerto by Gerald Barry and Three Berceuses for Viola and Piano by Thomas Adès, and are set to include future works by Anders Hillborg, Magnus Lindberg, Lera Auerbach and Huw Watkins.

This latest project follows on from the release of James MacMillan’s new CD, featuring Power’s recording of MacMillan’s Viola Concerto, which he premiered in 2014.