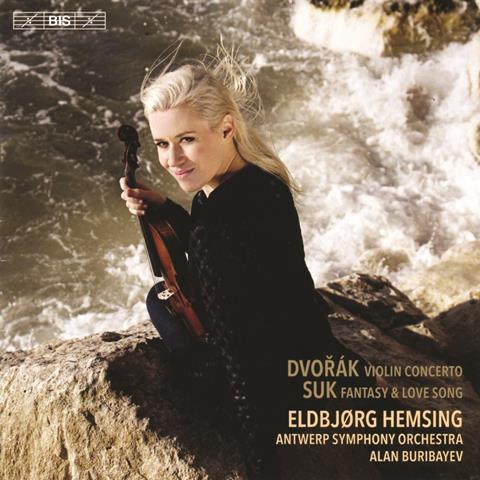 Dvořák’s sole Violin Concerto is not among his most free-flowingly spontaneous scores. It took him four years (on and off) to complete, by which time the intended dedicatee Joseph Joachim had grown tired of the project and, despite having already advised on several changes, was still unhappy about what he considered the terse bridge between the first and second movements and over-repetitious finale.

Only comparatively recently has it become virtually standard repertoire, yet it remains a problematic work requiring sensitive and impassioned advocacy to sound its best. This it receives in spades from Eldbjørg Hemsing, who sustains high standards of intonational purity and beguiling tonal lustre throughout even the most awkward of passages. She also shapes phrases with a chamber-scale dynamic suppleness, in contrast to the majority of recorded players, whose understandable tendency towards special pleading often leads to over-projection.

However, the star turn here is the Suk Fantasy, which sounds (no bad thing) like an evacuee soundtrack from the Golden Age of Hollywood, with Hemsing hurling herself into the fray with an almost Heifetz-like intensity and swashbuckling bravado. Alan Buribayev and the Antwerp Symphony Orchestra provide sterling support and the commendably natural recording opens out seductively when the SACD-surround track is activated.