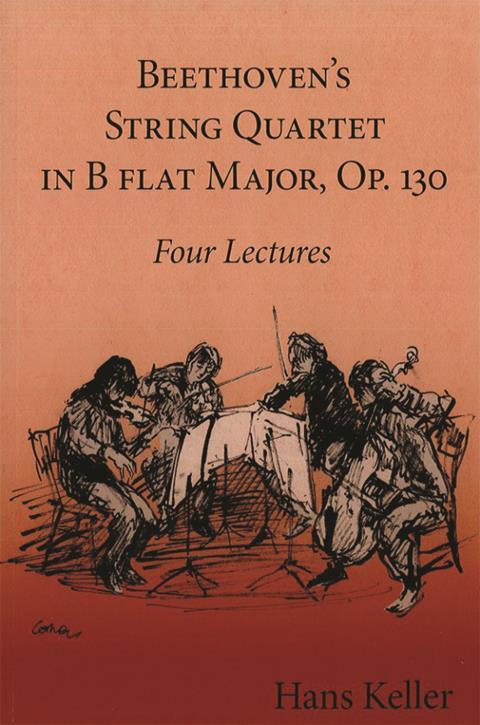 Although a prolific writer about music, Hans Keller authored only one full-scale book, The Great Haydn [String] Quartets: Their Interpretation (1986). He was better known for his talks, meticulously planned but typically delivered extempore. The four lectures presented here were given at the University of Leeds in 1973; the first three were illustrated ‘live’ by the Aeolian Quartet. They aimed to respond to Joseph Kerman’s 1967 monograph The Beethoven Quartets, which Keller largely dismissed as ‘a load of rubbish’, not least because it incorporates several ‘wrong analyses’ and to demonstrate Keller’s own ‘two-dimensional theory’ of music, which explores the tension between a listener’s expectations and ‘what the composer does instead’.

Transcripts of the lectures and some related materials comprise one volume, accompanied in a presentation case by a book of relevant scores. The transcripts are reproduced as far as possible verbatim, with limited editorial intervention and no critical commentary (a few editorial notes provide additional contextual information). Abridged printed music examples (including cross-references to the scores and Keller’s occasional ‘voiceovers’) substitute for the ‘live’ demonstrations. Keller’s responses to post-lecture audience questions are also included. Part two surveys Keller’s manuscripts for his planned book on op.130, provides commentary on what little was completed and reproduces in its entirety his chapter on ‘String-quartet Playing’. The third part comprises Keller’s extended programme note for a concert, which summarises and even supplements the stuff of these lectures, and an editorial report on four of his other written/spoken pieces about the work.

The lecture content is typically perceptive, wacky and provocative yet fascinatingly informative. Bold, offbeat statements command Keller’s audience’s attention and spur them to listen and read further. Among the issues that Keller examines are Beethoven’s characteristic traits of doing the opposite from the expected, whether structurally, dynamically, harmonically or tonally, misplacing certain key signature changes, utilising dynamics as a structural tool and introducing subtleties of harmonic movement.

Keller’s views on string quartet playing reflect his own playing experiences largely as a second violinist or violist. He derides ensembles that determine their interpretations by committee meeting syndrome, which has ‘a sterilising effect on the art’, despises the limited repertoire of some world-leading professional ensembles who ‘travel suicidally light’ and sympathises with orchestral musicians’ ‘most unmusical of all lives… where personal musical responsibility, far from being encouraged, amounts to juvenile delinquency’!

These printed materials bring into the public domain Keller’s most substantial examination of a single chamber work. He has an enthusiastic voice that commands admiration and respect almost 50 years on. His penetrating analytical insights are accessible to those well grounded in music; they undoubtedly widen horizons on Beethoven’s methods and enhance understanding of op.130. Their publication represents a fitting tribute to mark the centenary of Keller’s birth.