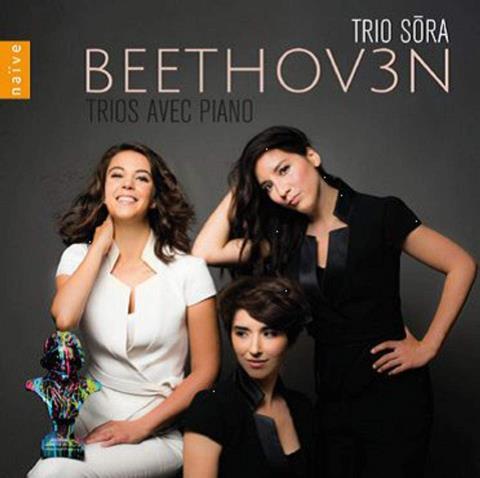 Just at the tail end of Beethoven’s 250th anniversary, Trio Sōra has produced a fine set of his complete piano trios. The group has a refined sweetness of sound, with plenty of punch and snap when needed, and does justice to the theatrical breadth of Beethoven’s structures, particularly in the later trios. In the op.1 set there is a plentiful supply of happy exuberance, particularly in the finales of the first two. Severe drama is balanced by lyrical insouciance in the C minor, with a few real jump-scare fortissimos.

The powerful, vivid performance of the ‘Ghost’ Trio op.70 no.1 highlights the great balance and interaction between the players. They display plenty of the required Vivace con brio in the first movement, with both robust highlights and hushed beauty. The mysteries of the Largo Assai open with dead, vibrato-less strings and unfold in one great span of wonder, whether in extreme sotto voce or relentlessly fierce ff, and there is open-hearted gusto in the finale. Dialogues between players are beautifully played in their jaunty account of op.70 no.2: they seamlessly pass around phrases in the first movement, and in the third there are passages of intense question and answer between strings and piano.

The first movement of the ‘Archduke’ Trio op.97 is grand and fluent, with big-boned ‘tutti’ moments. The Scherzo is a joyful, muscular dance, the noble Andante cantabile is beautifully paced, and the finale is flecked with mischievous humour. The recording is warm in a resonant acoustic.