An exquisite recital of Russian Romantic pieces that really glows 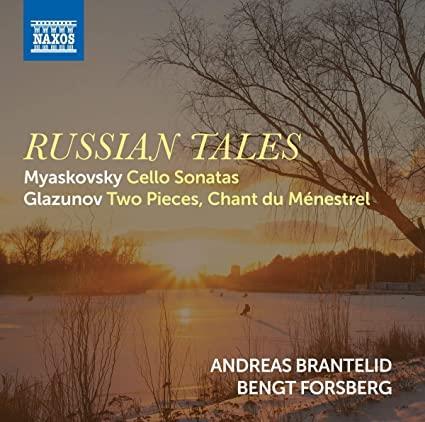 Andreas Brantelid comes from a strong musical heritage. Initially taught by his father, he gleaned further nuggets of cellistic wisdom from Helmerson and Thedéen, so it is almost assured that he should prove the master of the Romantic vernacular. In these gorgeous Romantic pieces he gets under the skin of the phrasing, and how it reflects the harmonic underlay, caressing and skilfully sculpting the lyrical melodic lines with adroit vibrato. Partnered by equally sensitive and colourful playing from Bengt Forsberg, the recording’s warmth seems to all but blend with the golden tones of Brantelid’s ‘Boni-Hegar’ Stradivari of c.1695. What’s not to like? From the beginning until the end of the CD you are drenched in sumptuous fare, sometimes urgent, with furious passion; sometimes reflective.

Myaskovsky’s two strong sonatas ought to be a staple in the cello repertoire. As with many large-scale Romantic works, the piano parts are formidable, but the two artists are in perfect timbral balance. Rich with melodies, there is much variety and subtlety in the writing, with a more astringent character in the Allegro con Spirito of the Second Sonata. Perhaps undervalued for being old-fashioned by some of his contemporaries, Myaskovsky forged great strength in the Romantic Russian tradition. Glazunov likewise provides the glow of rich harmony in these exquisite cameos. If Chant du Ménestrel has a flaw, it’s that it is simply too short.