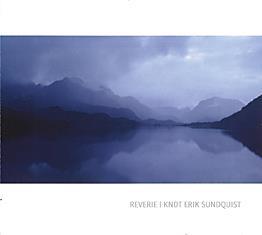 This disc’s booklet relates how in 1978 the 16-year-old Norwegian Knut Erik Sundquist bought a Bottesini LP featuring Ludwig Streicher and discovered that the remarkable double bass virtuoso taught at the State Academy of Music in Vienna. Two years later Sundquist moved to Vienna, became Streicher’s pupil for the next six years, and on his return to Norway became a distinguished member of orchestras such as the Bergen Philharmonic and Norwegian Chamber Orchestra. Now he reprises the contents of that original Streicher disc, adding the soothing Reverie as the final track.

Needless to say, any disc of Bottesini’s music offers a showcase for virtuosity, though from the outset Sundquist proves that his first love is to make his instrument sing as sweetly as any cello, with the many harmonics floating on air. His bowing technique is exemplary, as can be heard in the long, flowing legato passages that characterise Melodia. When technical fireworks do arrive, in the Capriccio di bravura and the Grande allegro, he never rushes his hurdles, the problem one finds in so many performances.

Throughout, Nils Anders Mortensen’s accompaniment is highly responsive to Sundquist’s love of rubato, and the sound quality of this highly recommended release is excellent.