In this extract from the August 2021 issue, Esther Yoo shares her experience of the sudden silence brought on by the Covid-19 pandemic and how her positive attitude helped her through dark times 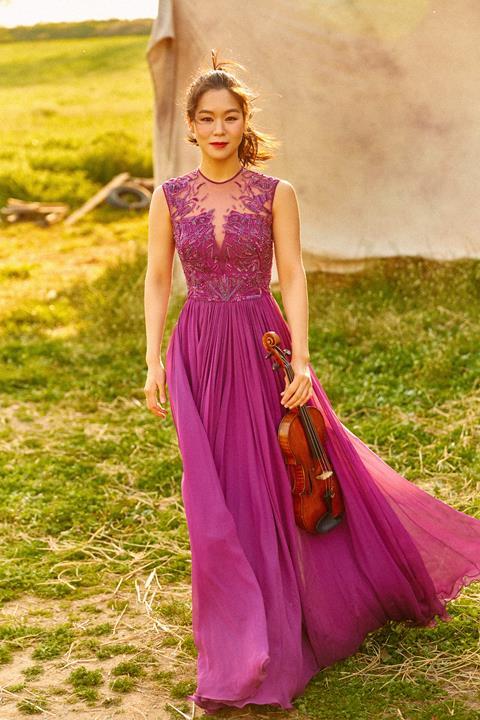 Esther Yoo is the model of a violin soloist in the modern age. Intelligent, articulate and self-possessed, she is so much more than a technical virtuoso. On stage she has won over audiences with her deeply felt performances; online she has acquired a devoted following of fans and would-be string players who rely on her lively social posts. Zooming from her temporary home in South Korea, she talks about the difficult year everyone has experienced, but she picks out some of the positive aspects of a post-pandemic world: ‘This could turn out to be an exciting time for the classical music world. We’ve been forced to stop being on autopilot and all of us – managers, labels, venues, promoters – have an opportunity to look at how to do things differently. As an artist I find it exciting that we can now choose and create a way forward, because we aren’t going back to how it was.’

Yoo has had plenty of time to reflect on the big things in life since March 2020, when the spread of Covid meant she was locked down with family in her parents’ home city, Seoul. For an artist whose entire life had revolved around travel, rehearsing and sharing music with colleagues and audiences, the sudden silence must have been devastating. ‘I had several months when I wasn’t performing and I missed making music and interacting with other musicians so much. When the news was so scary and sad, it felt very dark for us all because without music we had no outlet for our feelings.’

Finding the silver lining is one of Yoo’s great skills. ‘I try to project a lot of positivity, a mindset that I maintain for myself because I have experienced periods that have been quite dark and I have needed to find ways to overcome them. I always try to find solutions and ways to move forward instead of feeling bad for too long, because ultimately that doesn’t really get you anywhere.’ She’s just completed the first year of an MA in musical performance at the Royal College of Music in London, albeit online, and her favourite course so far has been performance psychology. She has used some of this new-found knowledge when working with students over the last year. ‘I see all the difficulties the new generation of musicians face, and many times it’s not even here [she mimes bowing]. It’s not instrument-related. A lot of it is here in the head, in the heart, in the spirit. If I can help them with that, it changes so much more in their playing, in their communication and in their musicality.

‘A lot of music education now is so focused on the instrument, on playing well, being technically perfect, and obviously that’s what audiences want to hear when they go to a concert,’ she continues. ‘But ultimately, as musicians, we want to experience art and music to feel something, and to have an emotional reaction, and that doesn’t come from being a robot with our instrument!’