Should all viola players practise the violin?

It's the ultimate heresy for some violists: the idea of practising the violin as well as the viola. James Boyd, tongue somewhat in cheek, insists that violists can and should practise both 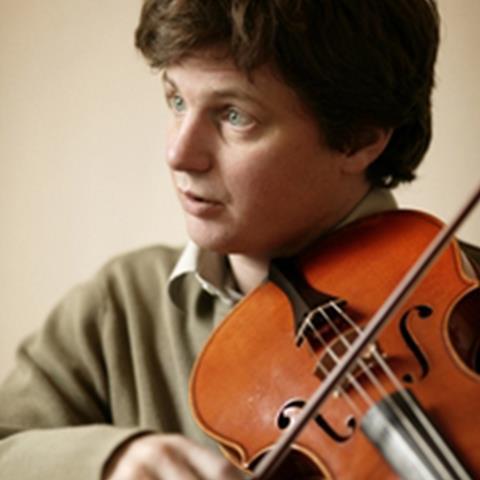 Violinists have their Paganini, pianists their Chopin – is there an equivalent for violists?

Well, of course we have our delightful Campagnoli op.22 and errr…

Well, of course you can play anything that’s been written for the violin.

Pick up a viola and play what you have learnt on the fiddle. It works quite well. Actually, that was how, as an eleven-year-old, I first started practising the viola, as opposed to just playing it in string quartets. I found that it was more of a challenge to play Mazas’s Study no.2 on the viola than on the violin. It can sound quite dramatic, especially the low notes.

So you just read the violin part and play it on the viola – doesn’t that make your brain ache, what with the clef and such?

No, not at all. It’s very simple. Physically it’s exactly the same, it just sounds a 5th lower. Similarly, I found that there was no good edition of the Bach cello suites for the viola. Every edition seemed to be defaced by made-up bowings and crazy fingerings, so I read them from the cello edition, sounding an octave higher. Being able to read the bass clef an octave up has remained a very useful skill.

So you are saying that viola editions of violin studies are unnecessary?

Totally unnecessary – unless you want to practise reading the alto clef.

But surely there must be different technical things that viola players need in their studies.

Maybe there are, but I have not found them. The violin and viola are so very similar. Despite such great violinists as Yehudi Menuhin, Maxim Vengerov and Julian Rachlin showing that there are no barriers to entry, it is often the case that violinists feel that they shouldn’t officially play both.

So are you suggesting that viola players as such shouldn’t exist? Aren’t you doing yourself out of a job?

Yes. Well, no, not really. Violists don’t have to fly around the fingerboard as much as violinists, but they require a special understanding of the function and role of the viola, especially in chamber music and most especially in string quartets.

There are minor differences. For example, to play a sustained D flat (first finger on C string) with a lovely vibrato is a special skill – the hand seems stretched out at the end of your arm and seems a long way away – but if you give a good violinist a nice viola and ten minutes, nine times out of ten they can master this lovely note. I’ve tested this theory.

It may be that each string has a more individual voice on a viola than on a violin. This means that more adjustment is necessary when changing to a different string. Good violinists are aware of this too.

Violas are more variable than violins both in terms of size and how they ‘speak’, so you need to be aware of what each particular instrument can do – that’s part of the job.

But aren’t some people more physically suited to the viola?

Yes, up to a point. It seems that large people tend to play large instruments such as the viola, whereas smaller people tend to play the violin. Fine. But we also have small people like me playing big violas. How does this work? Well, instead of having a left-hand position whereby all my fingers are poised over the notes in a given hand position, I have to swivel or even shift my hand from note to note even when I am theoretically in the same position. With this trick, anyone can play a large instrument. Indeed, I love playing my 17.5-inch Amati copy even though I have small hands.

So do you practise violin studies?

Yes. Some are particularly suited to the viola. I have a great respect for the Dont studies. And, of course, there’s also Mazas and Kreutzer.

Which ones in particular, and why?

Dont no.1 consists of wonderful three- and four-part chords and is a great way to work on left-hand position. Each juicy chord is quite tempting to find and requires a supple and quick left hand to move from one to another, although I beg students to treat this with caution as it can easily sound pretty nasty. Take it slowly and break up each chord into its two-note components and roll the hand from one to the other. Just the first phrase will do! It’s a super bow-control exercise too. When playing triple and quadruple stops we need a real sense of the biting (or speaking) point of each string individually as well as in a chord.

Dont no.2 is my favourite enlivener. This study requires, and develops, stamina, superb coordination and ‘tension-management’. It is a great challenge to play this fast all the way through without damage to your body.

Garfield Jackson, viola player of the Endellion Quartet, told me that he was once practising this study and suddenly thought how much easier it would be on the violin. So he got one out, had much more fun and has never looked back! Let’s be honest about this: if you want to practise dexterity, practise the violin. The viola is just too slow and feels like hard work. The dexterity you acquire on the violin will transfer directly back to the viola.

This has radical implications. If what you say is true, why then would anyone only practise the viola?

Beats me. I agree with the critic and broadcaster Hans Keller, who argued that viola playing is a ‘phoney’ profession. I really believe that we should study the violin and play viola in chamber music up to a certain age, even if we want eventually to play the viola. The endless study of viola at music college until one’s late 20s is baffling. The truth is, it takes 20 minutes to learn the alto clef and a few months for a musically intelligent violinist to become an expert of viola colour, sonority and musical function. It seems that there is some unintentional conspiracy among viola players and music institutions to discourage violinists from their natural dual role.

Can you tell us more about those Campagnoli studies?

Even in the trickier numbers it is inspiring that these are written for, rather than against, the instrument. I particularly enjoy no.5, with its witty fugue, no.18 with its bright A major virtuosity, and no.26, Air on the G string (lovely on the other strings too). No.6 is a beautiful adagio in which combining accurate rhythm, a clear modulating sound and exquisite phrasing is a real challenge.

This article was first published in The Strad's September 2006 issue.