In this extract from our May 2021 issue, the British cellist recalls the moment a herniated disc put an end to his playing career 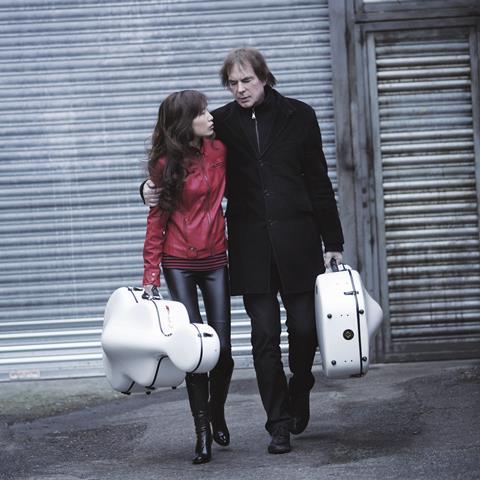 Lloyd Webber was still at the height of his powers when in October 2013, during a recital in Southwold, Suffolk, with his pianist Rebeca Omordia, the unthinkable happened. ‘After about ten minutes I felt the power suddenly go from my bowing arm,’ he explains, still visibly shaken by the recollection. ‘It was so bad that at times, as I struggled to get through the first half of the programme, it felt as though I could hardly hold the bow. During the interval, I expressed doubts to both Rebeca and the concert organiser as to whether I would be able to finish the concert, especially as we were ending it with Rachmaninoff’s mighty Cello Sonata, of all pieces. Somehow, we made it through, but where there are rapid changes between bowing and pizzicato in the second movement I simply kept the bow going, as I hadn’t sufficient control to hold the bow and pizzicato at the same time.’

Initially, his instinct afterwards was to soldier on regardless. ‘Happily, at that time I was booked to play a series of cello duo concerts with my wife, Jiaxin Cheng, which on the whole didn’t require the stamina and technical bravado of my regular solo repertoire. In November I was involved in a wonderful gathering of my cellist chums at the Duke’s Hall, Royal Academy of Music, playing Strad cellos, and we each had a short piece to play. By now, that was about my limit – I could just about play flat out for ten minutes and then I would seriously begin to lose power.’ Following a number of consultations and scans, it was discovered that Lloyd Webber had a herniated disc in his neck. However, the necessary operation had dangers attached to it – in fact, two surgeons refused to operate as he was not actually in pain.

‘It was a terrible decision to have to make,’ he reflects, ‘but especially given the fact that I had a young family, I wanted to enjoy life to the full and felt I had no option but to retire from professional playing. I soldiered on for a while, but when I was due to play Haydn’s C major Cello Concerto in April 2014, I felt enough was enough. I replaced the Haydn with a Vivaldi two-cello concerto with my wife, rang my manager to cancel all future engagements and that was that. I can tell you that the drive back to London from Bradford after the concert was, for both of us, emotionally shattering.’