How did Yehudi Menuhin’s interpretations evolve over his lifetime? 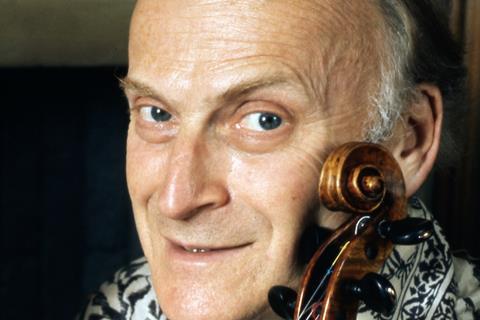 Much has been said about the way in which Yehudi Menuhin surmounted the difficult transition, personally and artistically, from phenomenal wunderkind to mature adult and beyond. He observed that already in his earliest years he ‘really needed… to say things that would touch people, express my very deep feelings, even anger – though that was less, anger came later’. (Yehudi Menuhin: The Great Violin Concertos, EMI, 2009) The intense earnestness of his early recordings – in sonatas with his sorely overshadowed sister Hephzibah, in Bach and in the legendary 1932 Elgar Violin Concerto – is indeed striking.

After the war, the concertos with Wilhelm Furtwängler attain a heightened poignancy, in the introspectively spiritual journey of the Beethoven (1947, live from the Lucerne Festival), the emotional charge of the Brahms (1949) and the haunting, convulsive angst of the Bartók Second Concerto (1953), echoed in the Sonata for solo violin (1947). These mighty peaks of the repertoire could bear the great weight of Menuhin’s personal evolution: his emancipation from the parental vice, his coming into more genuine contact with the world at large and with the ravages of war.

Theories abound as to what caused his technical decline from the 1950s, including shortcomings in his early training and the toll of various emotional pressures causing physical strains. He acknowledged and sought to address these complex issues, while embarking on many initiatives to build cultural bridges and spread a humanistic message. In the post-war decades Menuhin extended his repertoire to a range of 20th-century, emotionally searching works – Prokofiev’s F minor Sonata, concertos by Sibelius, Nielsen, Walton, Berg and Bloch. Cracks in the technical armoury were overridden with sometimes wild abandon and a frayed lyricism of great emotive potency. In the Swiss composer Frank Martin’s scarcely known, highly spiritual chamber concerto Polyptyque, commissioned by Menuhin and recorded in 1974, his aching eloquence echoes – across the span of more than 40 years – the soulful depths of his Elgar.