Finding character in Bach’s Sonata no.1 in G minor BWV1001 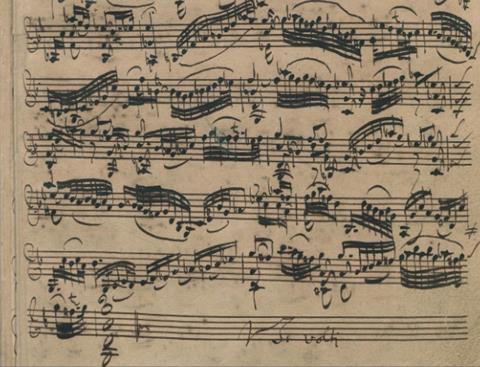 The opening Adagio of the First Sonata is to some extent driven by melody, but I think it is more chord progression with ornamentation. How one conceives of this makes an enormous difference to the interpretation. The fundamental premise is that the time signature is in four, not eight. Did I have a conversation with Bach and get the definitive word on this? Well, not really, but the harmony makes sense when interpreted in four, so we can all converse with Bach through his harmonic movement. The Adagio also provides us with a lesson in ornamentation by the master himself (can you imagine sitting in a room in Leipzig with Bach saying, ‘I want to talk to you about ornamentation?’). The material starting in bar 13 is a return to the opening, but it is now in C minor (example 4). The harmonic sequence is nearly the same, but he gives us another version of the ornamentation, an important lesson not to be overlooked. This is followed by a coda starting in bar 20 – which is perhaps a cadenza, to be played freely with bravura, ending with a final cadence in G minor.

The Siciliana is, of course, a dance – slow, with a lilting rhythm (example 5). It is one of innumerable examples of Bach’s inventive mind. Not satisfied merely to write a slow movement in dance mode, Bach writes a conversation between two female voices speaking in tandem and a male voice. Who are these people? Are they in their twenties, in their forties, or elderly? Are they kindly? That is your decision, dear performer, and I hope you will make one! 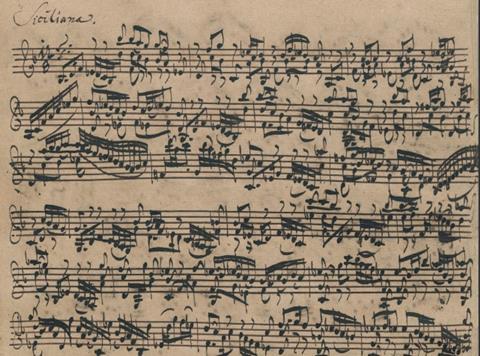 So, Bach has now written an adagio, a bright fugue, and a lovely discussion. How does he choose to end the work? I have not mentioned that Bach is a dramatist, and a great one, so he opts to close with a flourish, a brilliant technical display: it is a presto with one beat to the bar in two-bar groupings (Bach wrote a half bar-line on alternate bars; example 6). Every note is a semiquaver (s) and it is thrilling. Kreutzer, among thousands of others, wrote exercises in semiquavers which are musically awful. So it would be fair to ask, ‘What did Bach do that Kreutzer and others did not?’ The answer is that he used rhythmic and melodic patterns, some one bar in length, some two bars, some with accented rhythms (for example in bar 38), all perfectly juxtaposed with his imaginative use of harmony. If the player does not in some way convey these characteristics, this music will sound more like Kreutzer than Bach. 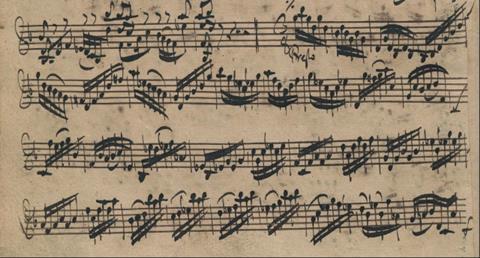 Example 6: Bach Sonata no.1 in G minor BWV1001, Presto, bars 1-31. The movement is written one beat to the bar in two-bar groupings