Finding solace in Solo Bach during the pandemic: Greg Ewer

The violinist illustrates how he, fellow string players and other instrumentalists found comfort in Bach’s solo string works during the uncertain climate of Covid-19 lockdowns 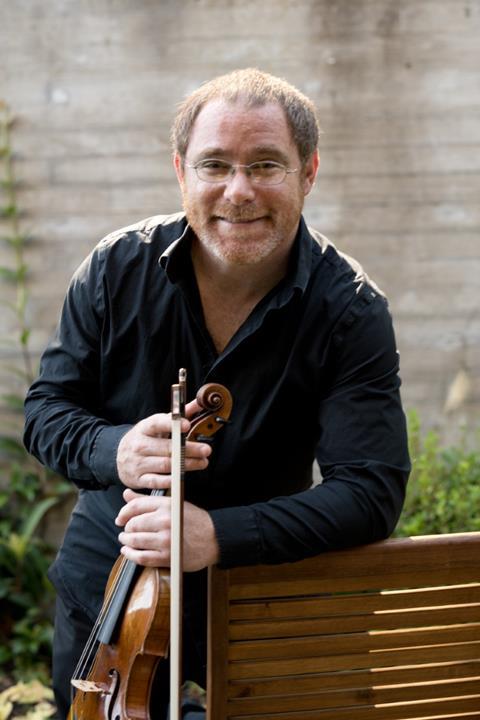 On 11 March 2020 the National Basketball Association shocked millions with the announcement that it was suspending the 2019-2020 season for the foreseeable future. At the time there were 647 confirmed Covid-19 cases in the United States. Dr. Fauci warned us it was about to get worse. The following morning musicians of the Oregon Symphony woke up to an email that read, ’Please plan to come to the hall today and we’ll begin at 9:30 with a meeting. Please take seats in the front orchestra section of the audience with a few seats separation between everyone. I can’t yet confirm if we’ll be rehearsing after the meeting…’

The emails we received the next day had a decidedly different tone. ’As our world faces an uncertain future with Covid-19, the Oregon Symphony is working hard to secure its future. Our top priority is the health of the musicians and staff of the Oregon Symphony, as we abide by the governor’s ban on large gatherings in an attempt to slow the virus’s spread.’ We all know what unfolded after that.

During the first week or so of the lockdown all my energy went into simultaneously helping my then five-year-old son transition to online school, and keeping my one-year-old daughter occupied and out of trouble. There was no time to think of music at first, but as this new reality became routine I found myself pining for some time with the violin. After a particularly exhausting day, when the kiddos were finally asleep, I opened the case. Then the realisation came. I had nothing to prepare for. That moment brought a curious mixture of dread and exhilaration. The freedom to choose what to practise was, for the first time in over two decades, exclusively mine.

My choice to embrace Bach was neither unique nor complicated. Early in the pandemic, acclaimed violinist Augustin Hadelich remarked that there would probably be quite a few recordings of Bach made during and in the aftermath of Covid. His own, released in March of this year, was recently nominated for a Grammy award. Another great, James Ehnes, released his own version just this week. All over social media, musicians were sharing their exploration of various works of Bach. What was it about the music of this 300-year-old German composer that attracted so many musicians at roughly the same time?

For string players, there are some obvious answers to this question. Unaccompanied Bach is one of the central building blocks of our musical education. The vast majority of string players who stick with the instrument for more than just a few years will inevitably be introduced to Bach by their teachers. The solo Sonatas, Partitas and Suites present an unparalleled offering of technical and musical challenges for aspiring string players. Their hallowed place in the pedagogical literature pales in comparison, however, to the place they occupy amongst the greatest musical creations of the Western classical canon. So yes, most string players already have a considerable degree of familiarity with solo Bach, and probably have at least one copy close at hand. Beyond basic questions of familiarity, many string players consider solo Bach to be a life-long musical companion. No matter how many performances of Bach one has given, there is always more to explore and more layers of expressive possibility to uncover. They are a string player’s ultimate unfinished business.

Clearly Bach was low-lying fruit for string players. But why then, did so many other instrumentalists, clarinetists, saxophonists, keyboardists, singers, percussionists et al. turn to Bach? There were many for whom delving into Bach required scaling a considerable barrier to entry. A Grammy-winning, Bay-area jazz saxophonist arranged dozens of Bach chorales and recorded them, first on the ubiquitous Acapella app, and later in a studio recording the San Francisco Classical Voice described as ;shockingly well-received.’ There were many other examples of other efforts just as unlikely.

This subsequent question is not one I have a satisfactory answer to. Perhaps it was Bach’s familiar, comforting sounds during a tumultuous time of upheaval and change. Perhaps it was Bach’s uncanny ability to express human emotions through music. After all, composer Johannes Brahms famously said of the Bach Chaconne, ’The Chaconne is one of the most wonderful, incomprehensible pieces of music. On a single staff, for a small instrument, the man writes a whole world of the deepest thoughts and the most powerful feelings. If I were to imagine how I might have made, conceived the piece, I know for certain that the overwhelming excitement and awe would have driven me mad.’ In the end we are left to ponder this question as individuals experiencing Bach’s music each in our own ways.

My own way was mostly late at night, after my children were asleep, with a glass of red wine or Irish whiskey on a little table in my music room. Night after night I’d learn movements I had never tackled before or review familiar ones with a more careful ear this time around. During the summer of 2020, I’d often take my breaks outside where it was cooler. I’d sit outside and scroll through my Facebook feed. Frequently the infamous algorithm would take me to a friend’s live-stream from the protests in downtown Portland. When there were fireworks or flash bang grenades exploding, I’d hear them twice, once over the live-stream and then a second or two later as the real sound reached me from downtown. Then I’d retreat back into my music room, where it was my incredible privilege, honour and joy to pick up my 350-year-old violin and my modern Baroque bow replica, and find sanctuary in the music of J.S. Bach.

Greg Ewer is a violinist with the Oregon Symphony and a faculty member at Reed College. He is the founder of 45th Parallel, a chamber music series in Portland, Oregon.