Heifetz’s former personal accompanist Ayke Agus recalls the violinist’s incentives and methods for getting the best from his students, in this extract by Enrico Alvares 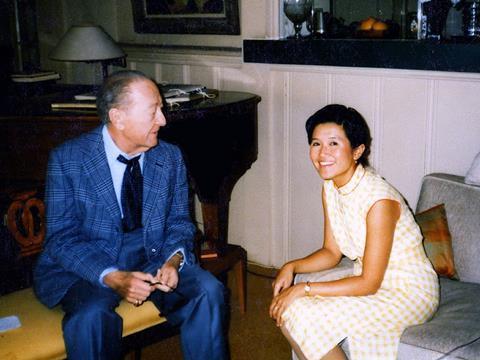 The following extract is from The Strad’s December 2021 issue feature ‘Heifetz as teacher: Words from the master’. To read it in full, click here to subscribe and login. The December 2021 digital magazine and print edition  are on sale now

‘In Heifetz’s class,’ she continues, ‘every student had to be ready and prepared to play at any time the following from memory, whether or not it was their day for an individual lesson: all scales and arpeggios with all their variations, an etude, a solo Bach movement and an encore piece (an “itsy-bitsy”, as he called them).’

The class pianist, too, was expected to be fully prepared. ‘Whichever concerto was being worked on, Heifetz insisted the opening thematic idea had to be heard in full,’ remembers Agus. ‘The pianist had to be ready to play entire tutti sections from the beginning of the piece, with the correct orchestral colours.’ She recounts one memorable occasion when Heifetz spent 20 minutes honing five bars of the opening tutti of Bruch’s First Concerto before the student was allowed finally to enter with the opening solo. Only after the pianist had proved themselves were they allowed to use the usual tutti cuts.

‘Heifetz also insisted that students throw their solo parts into the bin and stick to studying from the piano accompaniment score,’ says Agus. ‘It’s for this reason that the violin line in the piano parts of genuine Heifetz transcriptions include all bowings and fingerings found in the solo part. On one occasion, a publisher’s proof arrived with Heifetz’s markings removed from the piano part’s violin line. The publisher explained it was not its standard policy to include such marks in the piano part – and was, of course, summarily dropped by Heifetz, who proceeded to find another.’

It may be surprising to hear, too, that pencils were not allowed on the music stand in class, according to Agus. ‘Don’t write it down. Remember it!’ was Heifetz’s admonition. ‘He believed in properly training the brain, rather than simply filling a piece of paper with memory aids. He felt that most people have a greater mental ability than they realise and that almost everyone has at least some aspect of a photographic memory, which could be developed with work,’ she says. In fact, the only words allowed to be written in a student’s part were Italian musical terms – no directions from the student’s native language were permitted. ‘Heifetz always wanted his students to think musically rather than falling into the trap of thinking about music, and I think this imposed linguistic discipline was part of that goal.’

It’s important for us to understand that Heifetz worked as hard as he did so that he could be completely spontaneous and playful during a performance. ‘He didn’t have set bowings or fingerings,’ explains Agus. ‘Instead, he changed these according to how he was feeling in the moment, and he wanted the students to have this attitude of spontaneity, too. In the class, he would often ask a student to go back a few bars and to play again using a different set of fingerings. Occasionally, just after a student had tuned and was about to play their designated piece for the day, he would suddenly ask another student to lend their violin to the person about to play. He then instructed the first student to proceed on this completely unknown violin.’ All this was designed to promote a balanced, flexible mind and technique, so that the player was well trained to be ‘ready for the emergencies’, as he once said.