Just how self-critical do we need to be to get the best out of ourselves, asks Pauline Harding 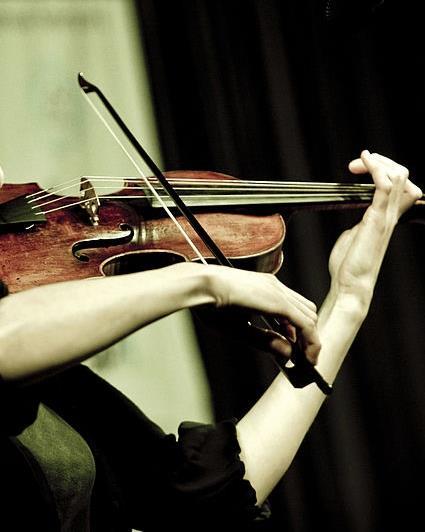 This article originally appeared in the May 2016 issue of The Strad.

To judge ourselves, and to be judged by others, is an imperative part of every musician’s development: it helps us to take note of our weaknesses and gives us the motivation to build on them.

Yet during a violin lesson a few months ago, I made a disapproving face at the sound of my own botched martelé, and I was told off: the teacher cried, ‘Don’t be so judgemental!’ Since that moment, I have noticed the phrase, ‘It is important for students to learn in a non-judgemental environment,’ spring up time and time again. But, I wonder, is this really true?

Admittedly, one should not judge oneself or others so harshly that the effects are counterproductive; and judgements should largely be reserved for practice rather than performance situations, so that we don’t frighten ourselves off stage.

Last summer I watched a masterclass where a student, playing the Dvorák Violin Concerto, was asked to repeat a passage. She made an error, tried to play the phrase again, missed the same note, and grew increasingly tense – which, of course, exacerbated the problem. Through her frustration, she was losing her sense of objectivity and beginning to think more about herself than her instrument.

This related more to the student’s reaction to her own judgement than to the judgement itself. American cellist Lynn Harrell made an important distinction, when I interviewed him last year, between being objectively and emotionally judgemental.

He suggested that being judgemental in itself is not something we need to avoid; rather, we should not be emotionally indulgent. ‘Working through frustration and anger is a bit narcissistic,’ he said. ‘Thinking, “Oh, I’m so sensitive, it makes me so unhappy that I can’t play well. What a bunch of bull. Just get in there and fix it! We have to recognise the work that needs to be done, and do it. Don’t grumble: just keep going until you get it right, like a toddler who wants to walk. The child looks and sees, stands up and tries, and falls down. And it might hurt. But then they get up and try again; they don’t say, “Oh my god, I should have been able to walk by now! We have to get back into that frame of mind.’

Then again, an emotional response to failure and criticism – or what we judge to be failure in ourselves – can be a very good thing. Harrell himself admitted to becoming so frustrated regarding his intonation higher than harmonic A that he practised only above that point on the fingerboard for three whole weeks.

Frustration can be incredibly motivating; learning to turn negative reactions into forces that drive us forward rather than cause us to fall flat on our faces is one of the most important skills that any string student – in fact, any human being – can learn.

The classical music world can be an exceptionally difficult place. Every player is judged in some capacity whenever they lift their bow to the string: on their sound, their interpretation, their intonation, and everything else. Learning to deal with this is part of preparing to be a professional musician – a vocation that demands great self-confidence, resilience, determination and hard work.

As the great violinist Isaac Stern once said, success requires ‘a very peculiar combination of humility and arrogance. You need arrogance to believe in ideas of your own and humility enough to know you will never find the final answer.’

String players who learn to judge themselves in a constructive way and are trained to cope with judgemental environments from the outset will be more likely to succeed when they are faced with the tough reality of a performance career.

A player who is too thin-skinned to cope with that might have to consider pursuing different avenues – or at least branches of music where they don’t have to be in the spotlight. Perhaps it is better that they identify this early on; and what better way to do that than by learning in an environment that is both supportive and hard-edged, and where judgements can be made freely?

To read this article in the May 2016 issue of The Strad, click here to subscribe and login.