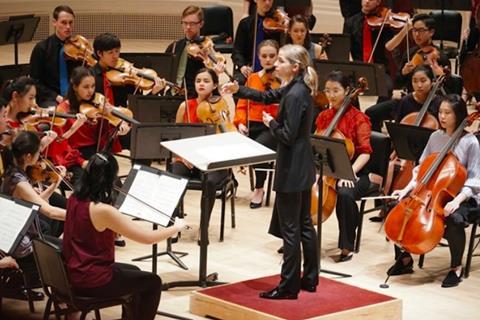 On a chilly New York afternoon in December 2018, an overcast, grisaille-laced sky made the Upper Manhattan landscape seem more formidable than usual. But inside the Mannes School of Music, in a cheerful rehearsal room, the mood was considerably brighter, even spring-like, as conductor Jaime Laredo began the afternoon session with the young musicians of the New York String Orchestra.

A casual atmosphere reigned. Backpacks were tossed around the edges of the room, and phones and tablets were discreetly relegated to the floor – handy if needed, but it was clear that they weren’t. (You know something compelling is happening when not a single phone rings during the entire three hours.)

Plunging into the torrential emotions of Tchaikovsky’s ‘Pathétique’ Symphony, the young musicians (aged 16 to 23) exuded a mixture of patience and jubilation, as Laredo announced that they would do a complete run-through. In the first movement, the violins’ carefully gauged pizzicatos belied the age of the musicians, and the 5/4 time signature in the second-movement Allegro con grazia didn’t faze the ensemble at all. The sprightly third movement seemed a prelude to the lushness of the finale, with the strings working their damnedest to recreate the composer’s emotional textures. As Laredo announced a break, he added encouragingly, ‘For 24 hours’ work, pretty good! Bravo, bravo!’ 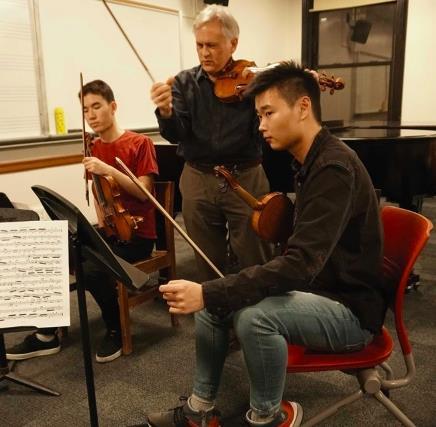 Established in 1969, the ensemble – officially known as the New York String Orchestra Seminar (NYSOS) – was the brainchild of Frank Salomon, founder and manager of Frank Salomon Associates, who is also affiliated with Marlboro Music (as senior administrator) and New York’s Peoples’ Symphony Concerts (as manager). Salomon set up the NYSOS in order to showcase the conductor Alexander (‘Sasha’) Schneider, originally getting the idea from Schneider’s brother, Mischa, cellist of the Budapest Quartet (of which Sasha was also second violinist). ‘Some time in the late 1960s,’ recalls Salomon, ‘I picked up Mischa at LaGuardia Airport and he told me about a string festival for high school students that his quartet had just directed at the University at Buffalo. He mentioned the ten string quartets that the Budapest had coached during the day. In the evenings, Sasha had rehearsed them as an orchestra, having found some young local double bass players. At the end of the five-day festival, the orchestra gave a concert, which Mischa said was amazing.’ Salomon had a revelatory moment: in his words ‘a light went off’. He took the idea and ran with it.

We tried to make the seminar a family – human as well as educational and professional.

Salomon fondly remembers the early years of the programme, which has traditionally taken place over the Christmas period, from 19 to 28 December: ‘We tried to make the seminar a family – human as well as educational and professional. On Christmas Day, the young musicians who didn’t have family or friends came to the home of the legendary violinist Felix Galimir and his wife, Suzanne, who cooked them a great meal. Felix and Suzanne always had a grab bag of gifts – strange presents that they had received during the year and funny little things they had found, like garters, or spectacles with an oversized nosepiece.

‘Then they would come to our apartment, where my late wife and I would serve them eggnog and Christmas cookies. After the final concert, on 28 December, Sasha invited everyone to his loft on 20th Street, where he would play his famous recording of Strauss waltzes [made in 1988 with his string quintet, the Alexander Schneider Quintet, which he led as violinist]. Often, many of the young musicians danced – so many that the floor began to shake!’