8 ways to teach cello students how to shift confidently 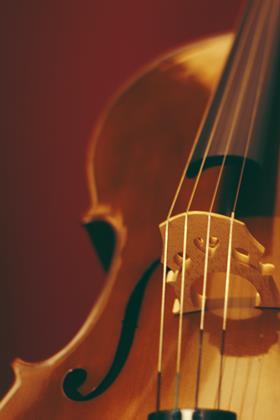 ‘Don’t get students locked into first position. After they are set up at the instrument with good posture, position and bow grip, I ask them to close their eyes while I shift up and down the cello and play all the harmonics. Usually they say it sounds like ghosts or sliding down a slide. I show them that they can do it too. "Don’t press your thumb," I warn. “Use your arm". This is not pedagogically sound, but it gets them moving. My philosophy is that the sooner you remove the fear the better’

‘Nothing is more instructive than to show how to shift. One starts by shifting on one finger. Know where the next note is. Play first finger then second, repeat the pattern with a shift from one to one. Learn to shift to notes that you can play in first position: a half step, then whole step, then minor third; shifting beyond this is already more difficult. The ear guides the hand and the student learns the fingerboard.’

‘It depends on the student’s motivation. If they can hear the beauty of staying on one string and that the melody becomes more vocal by shifting higher on a low string rather than crossing over, then they will want to shift from first position. The piece is initially learned in first position, and then we change the fingerings to shift up on the D string. Hopefully they will hear that it can be more beautiful.’

‘In talented students the inner ear establishes pitch. Intervals must be heard and the fingerboard should be understood like a piano keyboard in order that the hands move comfortably. The student should first name the note, second visualise where the note is on the cello and third take physical action to put the finger in the correct place.

‘Practise with the thumb a quarter inch under the neck. The slope of the hand remains the same and the fingers are like suction cups with the hand and arm hanging and pulling back for weight. During the shift you release the suction: release – glide – land.

When distances are long, the motion is not a jerk or zigzag, but round. The arm must go backwards in order to shift forward or higher. The arm is relaxed and especially later, when vibrato is added, the movement has to be very natural. There is a circular motion, an arch, and the finger is released. Like throwing a ball, you estimate the distance in preparation for the shift. Depending on how far away the note is, the motion could come from the hand, wrist, elbow or shoulder. The arm muscles must learn where the notes are.’

‘To take away the fear of playing high, we start high. The arm should feel comfortable to vibrate. Then go back to the lower position without moving the elbow. If you can play comfortably high you won’t be happy if your hand, arm or shoulder feels tense after a long shift’

These quotes were first published as part of a larger article in The Strad's September 2001 issue. Subscribe to The Strad or download our digital edition as part of a 30-day free trial. To purchase single issues click here.