7 ways to improve your trills

Tips from The Strad’s archive for improving trill speed and clarity, and for varying ornamental style according to musical period 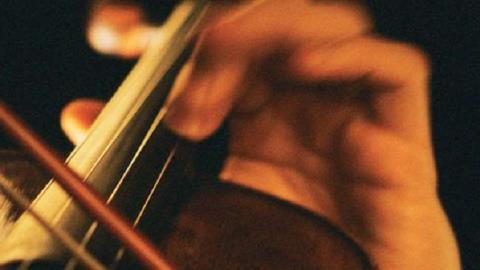 There are several different exercises for training the fingers when trilling – including increasing the number of notes per group: first four, then six, then eight and so on; and using dotted rhythms to increase speed and mobility of trills. The positioning of the left hand and angle of the fingers are important. The pupil must assume the correct hand position over the strings, even before the fingers are put on the strings. I also recommend that a feeling of legato in the left hand should be retained.

In some ways trills are similar to vibrato. Where vibrato has proportions of speed to width, trills have proportions of speed to height of finger. To vibrate faster, it is usually natural to make the vibrato narrower to lessen the distance the finger moves. To play more notes in a trill, keep the fingers very close to the strings to lessen the distance they have to move up and down. Play the trill with such low fingers that they hardly clear the string, and there is a ‘fuzz’ in the trill. Gradually use a little higher lift-off until the trill is both very fast and very clean.

To make a good shake (trill) I would have you practise slow, moderately fast and quick; and in practice you have great occasion for these different kinds of shakes, for the same shake will not serve with equal propriety for a slow movement as for a quick one. Begin with an open string, sustain the note in a swell and begin the shake very low, increasing in quickness, by insensible degrees, till it becomes rapid. You must not vigorously move immediately from semiquavers to demisemiquavers, or from there to the next degree - that would be doubling the velocity of the shake all at once, which would be a skip, not a gradation.

Advice by Giuseppe Tartini from 1760, published in The Strad, December 1891

Ornamentation can be studied in the writings of Leopold Mozart, Johann Joachim Quantz and Walter Emery, but it can be developed more intuitively by listening to lute, keyboard and Baroque string players in order to hear what sorts of ornaments are typical and where they occur. The desire to ornament should come naturally out of the ease of making the line sing while practising with a metronome. When you turn off the metronome and just play, it is likely that ornaments may occur to you spontaneously at cadences and to fill in large melodic intervals. Ornamentation with grace demands that the rhythmic integrity of the implied bass-line remains intact.

In the Haydn concertos, trills from below are almost always found at important cadences with the characteristic harmonic progression Ic-V-I (where Ic is a tonic second-inversion chord, V the dominant and I the tonic in root position). In Classical works, preparation notation for trills from below is found in several forms: single, double, triplet or pair of double grace notes preceding the trilled note, or single, double, or triplet grace notes, either semiquavers or demisemiquavers, written out as part of the melody preceding the trill.

For most actions on the violin there is a counter action, usually in contrary motion to the principal movement. In the case of trills, the lower finger moves (almost invisibly) in the opposite direction to the upper finger. The lower, held-down finger in a trill must not press too hard, otherwise the upper finger is unable to move freely. Practise using a light finger by using harmonics in trill exercises.