Matthew Barley: How a skiing injury changed the way I play

The British cellist reveals how he overcame the shoulder complaint that threatened his career. From the January 2009 issue 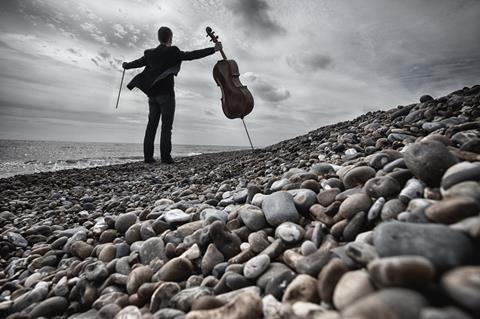 Matthew Barley on the beach at Aldeburgh

Over the last five or ten years my left shoulder was slowly getting stiffer, to the point that it was affecting my intonation and vibrato, and it was becoming hard to play. I thought I wasn’t practising enough or doing things properly, so last year I cleared out my diary to sort out my technique. But my shoulder got worse. In December 2007 we went on a family skiing holiday, and I had a fall which wasn’t too bad, but by the evening I couldn’t move my left arm. I went to a doctor who told me it was a bruised tendon and that I would be better by the following week. I wasn’t, and although I shouldn’t have, I kept performing, which was terrible. My arm collapsed twice in a performance, with unbelievable pain, and I realised it was serious.

I tried everything: cortisone injections, Harley Street specialists, acupuncture, massage. I went to everybody I could think of but nobody could fix it. By April I was facing the possibility that I wouldn’t play again, and I went into a depression. I was in pain 24 hours a day, I couldn’t sleep and I had to cancel concerts and recordings. There’s a theory that illness can be an opportunity to sort out your life, and I got to the point where I had to find a way of being positive. So I cleared five months of work from my diary and decided to rest.

Through Wimbledon tennis club, I contacted Joanne Elphinston, sports physiotherapist. She spent two and a half hours going round my shoulders fibre by fibre and built up a picture of what had happened over 35 years of cello playing. She gave me tiny, low-impact exercises to rebuild the musculature. I started practising for just 60 seconds a day and now I feel liberated, because for the first time in my life I’m playing without pain. I’ve spent all my life carrying on regardless, thinking, ‘Cello playing is bloody hard – it’s bound to hurt a bit,’ but I’ve come to realise that it was totally abnormal and that I should have sorted it out. I’ve learnt so much this year – I’ve seen 18 different doctors and practitioners in the quest to sort out my shoulder.

Do you do any exercise?

For the last ten years I did ashtanga yoga religiously, an hour a day, 365 days a year, but recently I discovered that this was wrong for me because of my tissue type. I am so bendy that I actually need exercises for stabilising and strengthening.

Now I feel liberated, because for the first time in my life I’m playing without pain

Have you ever tried any alternative therapies?

Five Element Acupuncture was helpful, and the other revelation for me this year was Alexander Technique. You have to find the right therapy for you, though, both emotionally and physically, and you’ve got to find a therapist who works for you – like any relationship the chemistry has to be there.

How do you eat when you have concerts?

This year I cut out alcohol, sugar, caffeine and carbohydrates for two months and then reintroduced them, and now I’m conscious of what they do to my body. Alcohol, sugar and caffeine stimulate adrenaline production, which makes muscles tight. So if I’ve got a concert I’ll go slow on those – I’ve cut them out almost completely. Before a concert I eat fruit and nuts – unroasted Brazil and cashew nuts are particularly good. In combination they release healthy sugars slowly, so you can keep a good energy level for a long time. For recitals you’ve got to keep your energy up for two hours, and on tour I’m teaching, travelling and performing all day, so I need a constant energy level.

How do you deal with the travelling?

I just try to be careful. Every day you’re lugging a cello and a suitcase and it’s not good for you. The danger is not so much when the cello is on your shoulder, but in getting it there. In airports there’s so much security that you have to pick it up and put it down many times. You just have to become really aware of your body. Sitting for long stretches is not good either, so on long journeys I try to get up and walk about as much as I can. I find travel quite easy, though – there’s more stress when I’m at home with bills, emails, house maintenance and kids!