How should string teachers deal with naturally unmusical children?

It may be sad to say, but some pupils have no gift for playing at all, says Royal Northern College of Music senior lecturer in education, Philippa Bunting 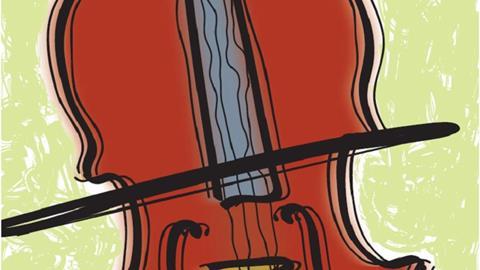 Some pupils find playing a stringed instrument really difficult. Physically, aurally and tonally, and despite the best efforts of teachers, pupil and probably parent, they really just don’t get it.

I’m not talking here about the ‘don’t want to’ type of pupil. Any amount of resistance can prevent a child from accepting instruction, and there can be any number of reasons for it. Nor am I questioning the value of learning an instrument per se, as every child has the right to learn music and discover the rich benefits it can bring.

And I could not deny that I have learnt more as a teacher from those pupils than any others. I’m talking about the children who want to improve their musicianship and are prepared to work steadfastly at it, but who just genuinely can’t get the hang of it.

Some might inch forward with such a tiny amount of progress that others around – though not usually the child – lose patience.

Our relationship to pupils is somewhat different from that of a teacher of a compulsory curriculum subject. Where there is an element of choice, especially if that choice has implications in terms of time and money, the question of whether learning an instrument is ‘worthwhile’ becomes not only one of the quality of the experience itself, but of the likely end result. People are used to getting concrete things in return for their money, and parents or schools purchasing lessons for children are no different.

There was one pupil of mine who apparently had no elbows. He genuinely used his arms as one unarticulated whole, making playing really difficult. Together we went through what seemed like the entire available repertoire for beginner violinists. The parents were supportive, we kept trying, eventually that elbow found its bend, and he’s still playing the violin today.

As we know, it’s not always like that. The parents of children who struggle can often be those who are keenest on external marks of success, such as grades and scholarships. This means that we, as teachers, are potentially caught in rather a nasty morass of guilt and deception. How do you explain that, despite learning for three years, your pupil is just not ready to be measured by even the tiniest external yardstick? You can engineer positive performance opportunities right from the start of their lessons, but at some point the fact that a pupil can’t play a recognisable tune with any reliability is going to get noticed.

We can blame it on lack of practice, and indeed sometimes that is the root cause, but there’s something else at play too. Look at drawing. Abstract splotches are all very well, but if animals, houses and vaguely recognisable people don’t start appearing soon, parents worry. Only they won’t usually have a teacher to blame.

Have I advised a pupil to give up? Yes, once, but she was a ‘don’t want to’ and a teenager to boot. She came to my lesson with her mother – the only part of the week when they spent any time together. The two of them would almost always arrive on the doorstep barely speaking and simmering with rage. The argument was always about the same thing: mum wants daughter to learn the violin and take part in the family string quartet; daughter is utterly determined to play the guitar, preferably plugged into something very loud. Her lessons with me were like pulling teeth, every scratch, scrape and infelicity of tone a reproach to her mother.

For the sake of their relationship, and perhaps my own sanity as well, I suggested she give it up, or at the very least, take lessons in guitar too. Her violin playing improved markedly just from the fact of having her voice heard. But she still stopped at the end of that term.

Otherwise I have never asked a pupil to give up, on the basis that it’s not for me to decide. Some children develop less quickly than others, and as long as they want to continue playing, my job is to facilitate that the best way I can. Even if I might be hoping that they don’t tell too many people they learn with me. Not with that bow hold.

As teachers in the 21st century, we often shy away from talking about achievement. There was no such squeamishness in earlier times. To quote Arthur Broadley’s Chats to Cello Students from 1915: ‘I do not know of a more pathetic sight than to see a youth with no musical gifts whatever wasting the best years of his life and his – or his parents’ – money in the study of an instrument for which he has no natural capabilities.

This article was first published in The Strad's March 2012 issue. Click here to subscribe or login. Alternatively, download on desktop computer or via The Strad App.