How I write for strings - composer Danielle Eva Schwob

Composer Danielle Eva Schwob reflects on the challenges of writing for stringed instruments, as well as why collaboration is important to ensure music-making is a mutually beneficial experience for all 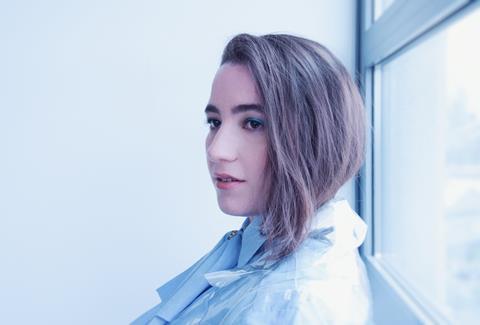 With writing for strings comes a greater responsibility, and also the greater potential for ovation-worthy musical success or abject pin-drop-silence failure than almost any other instrument. Except perhaps the oboe, which, let’s be honest, makes for a painful listening experience unlike any other when it goes awry.

Aside from the towering heights scaled by the greats in composing their landmark solos, quartets and beyond, strings to me have always felt analogous to the human voice in a way that makes them particularly challenging. The way we connect to them feels almost physiological – a mirroring of our own voices. It’s a natural expression of raw emotion – largely, in my opinion, due to the absence of frets, keys, or other means of separating notes from one another. Yet, on the uglier side, it can go abysmally wrong with the most minute errors in finger placement or articulation, or if a composer does not know how to wield them and fails to equip a player for this high-wire balancing act.

As great string writing essentially involves expressing your own fallible, flexible and frustratingly human voice through another fallible, flexible and frustratingly human voice, strings are also some of the trickiest instruments to compose for well. And in trying to accomplish this ambitious and somewhat confusing goal, I find myself constantly thinking and refining the way I approach writing for them – something which I considered over and over while working on my string-heavy album, ‘Out of the Tunnel’.

The writing process usually unfolds in a fairly consistent way. Sketching is the first part, in which shards of melodies, chordal ideas and rhythms are flung onto the page in hope of capturing them in a way that feels spontaneous and alive; and refining is the last, in which lines of ideas are followed through to their extremes and polished, frozen in time and on the page. In between though, they are placed on the stand of a player in their most naked, embryonic forms, and we have a lot of discussions, experimentations, even strange improvisatory sessions.

These workshopping sessions are interesting, as they can often feel so vague and aimless at the time, yet so much of what you do when you are in these vulnerable exploratory phases with players shapes the final outcome. They are opportunities to really get to know the person you are working with; their personality, their musical strengths, their weaknesses, the shape of their playing and phrasing, their tone, the bounds to which you can push them, and the things they want to express through their music. All of which is so important, because, ultimately, you have one very simple job: You need to make your players sound good.

When I was younger and less experienced, I used to think that it was the job of the players to make the composer sound good, but now I actually think it’s the opposite. And that in making the players sound great you indirectly make yourself sound much better as well. None of which is to say that you shouldn’t write something that’s challenging – you should, because the best musicains want to be challenged. But it’s only by opening the hood and tinkering with something you’re writing in collaboration with the artists you are writing for to make them sound like the best versions of themselves that you can really figure out how to create something that will speak in both of your voices authentically, as individuals.

Read: Keeping it fresh and mixing it up - Solem Quartet on combining old and new works

While working on my record, this was something that I thought about continually throughout my explorations with the different players involved with it. With PUBLIQuartet, I knew that the group were fantastic improvisers, and so I brought musical material to them much earlier in the process than I would ordinarily: cells of ideas, melodies and scraps of rhythms. I had them improvise around these musical fragments – some were like stepping on the gas of a Ferrari and watching it zoom off, while others stalled in mid-air, and it instantly became very clear which ones captured the group’s imagination and which didn’t. A movement that began mostly as violin melodies, for example, became driving and cello-focussed after sensing cellist Amanda Gookin’s natural inclination for how to fill the space and the propulsive material she was drawn to. Other moments became more soloistic and almost guitar-like, as it became apparent that violinist Curtis Stewart – who plays like the lead guitarist we all secretly want to be – was such an expressive and characterful melodic player. Overall I found myself writing on guitar (another instrument with voice-like qualities) a lot more than I usually do, in the hope that it would help imbue the music with an excitement that fit the group.

Other times, the process was different, such as working with violinist Jennifer Choi. By the time we first got together, I had most of the beginning and ending worked out, but the intricate passages of the middle section had hit a roadblock. At some point she said to me, ‘You need to not be afraid to follow this further, to take it to the extremes of where it wants to go. The violin can do more and is more flexible than you think’. After a refresher course in bariolage and the practicalities of agility within arpeggiated figures at the highest ranges of the instrument, I went home and wrote the rest in a night. Hearing the places where she felt the music should take off unlocked the spots in which I was stuck and opened a new lane that took me out of the mindset of the composer and into the mindset of a violinist. I felt free to let those melodies and virtuosic runs skitter up into the stratosphere. And when it came time to perform and record the work, she played it beautifully. I hope on some level because it felt freeing and exciting for her too.

With cellist Mike Nicolas, the process was almost the opposite. It became about grounding the piece back to the earth, with the repetition of his low open C, signalling a frustration and darkness and a weighing down of gravity. The power of his playing and the beefiness of it made me lean into that drama with conviction. Similarly, his rich, introspective and expressive tone as well as his control over dynamic range inspired me to leave considerable space in the melody for his own interpretation. The silence in between the notes became important, allowing for emotion to be breathed into the sparsest, trance-like musical passages, becoming less, and less, gradually withering to nothing.

Like any relationship, collaborative musical partnerships develop in ways that can’t be quantified, and essentially just build upon conversational feedback loops of spontaneous reactions to things that people say and do over time, evolving into something greater than its parts. With string players in particular, I discovered that once I found myself considering the writing process as being more a ‘meeting of the minds’ than one-directional exchange – an out of date and, I would argue, fictional approach grounded in the lore of the lone composer at his desk, on which composers all composers are raised – the music I was writing became so much more dynamic. Ultimately some of this is surely a question of understanding technique, where players sometimes serve as de-facto teachers, but on the deepest, most important level it’s about trying to figure out what the players want to express, and crafting something bespoke for them, that will give them the vehicle to do so. Once you can get to that point, it’s a question of remaining open, listening closely and trying to be a good collaborator. That is the scenario in which everyone wins.

Read: ‘We will be picking up the threads of an ongoing conversation’ - composer Edmund Finnis