How I write for strings: Composer Dani Howard 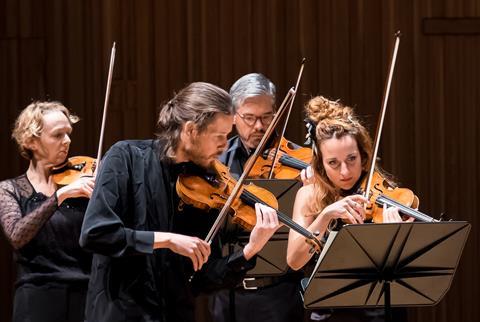 I have just completed a new 8-minute work Heads or Tails for the Britten Sinfonia, written entirely for string ensemble - 9 players (22221), but with the possibility to be performed with larger forces in the future. It has been at least four years since writing a work for strings only, and it was really refreshing to come back to this medium, as I felt as if I was going back to my roots.

Cello is my primary instrument, and I played in a string orchestra throughout my whole childhood. I had the most incredible cello teacher since the age of 10, Richard Bamping, principal cellist of the Hong Kong Philharmonic, who became a huge mentor to me between the ages of 10-18 before moving to London to study composition at the Royal College of Music. It was during those 8 years in Hong Kong that much of my musical identity was formed.

I believe my teacher knew I did not want to become a cellist, and we often focused lessons on the broader concepts in music. We would go through new music he was performing in great detail - exploring the capabilities of the instrument in a less traditional sense - as well as dissecting a huge amount of standard repertoire. Whilst a student at RCM, I was keen to learn more about the instruments I knew nothing or very little about, and therefore wrote very little in the department of string music for several years.

There is always a huge element of nerves that come with getting a commission focused on string writing, as I always feel the immense pressure of the huge canon of iconic music written for strings that I grew up with. I don’t know if this will ever change - I have yet to write my first string quartet for example. At the same time, it is certainly where my brain goes most crazy with the different possibilities of sound worlds I would like to try and create. This certainly happened when I was given the opportunity to write for the players of Britten Sinfonia - the piece ended up taking much longer for me to write than usual (probably because of this pressure on myself!) I was really able to explore something I found new in my own writing, which is always an exciting moment for a composer.

The inspiration for Heads or Tails was from the motion graphics of Swedish designer and digital artist Andreas Wannerstedt. He creates infinity loops, such as a pendulum swings, which are hypnotic and meditative to watch. The piece moves in several cycles of contrasting ‘textures’; repetitive and fast in nature, but with different colours ‘popping’ out across the group. I focus a lot on the natural harmonics across all four instruments - and in particular, I love the resonance that comes after the note of a natural harmonic, once the bow flies off the string. There is a lot of this throughout, and I have also really tried to consider the visual aspect of the performance. When I can picture where the different instruments will be positioned on stage, I aim to use this to form a 3D concept for the performance, knowing that the sound can come at you from opposite sides of the stage at different moments. I think there is lots to be explored in this area, and there are many exciting effects that can be achieved, that I certainly enjoy playing with these elements while composing.

Of course I have a natural bias for writing for the violas, cellos and double bass sections. Historically violins always got the best tunes, so I have consciously tried in all my works to give the lower strings more interesting parts to play, and shine in, not least in my Trombone Concerto. I wrote this work for the Royal Liverpool Symphony Orchestra and London Symphony Orchestra principal trombonist Peter Moore, who will give the third performance, and the London premiere with the LSO in April.

We were in lockdown when I composed the concerto and the RLPO were expecting to have significantly reduced players on the stage for social distancing – of course, this meant thinning the string section, lamentably. Fortunately at the premiere in Liverpool in June, they did manage to increase these string numbers slightly. I of course kept this in mind during the writing process, however I still wanted the piece to have some form of longevity beyond the premiere, and therefore had hopes of hearing a version with the full string section in the future which will finally happen at the London premiere. 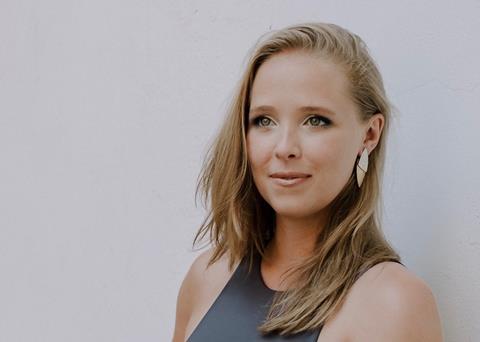 The reason I like larger string sections is so that I can divisi the sections. Much of my writing is one tone apart – it makes the chords more interesting and the sound more dense. This can make initial rehearsals slightly more complicated, so I try to avoid them where I can! Let me quote John Adams on the trials of being a composer:

’With an orchestra that’s seeing the piece for the first time, the sound is coming at you…Everything you hear is a shock. It can be a wrenching, hysterically horrible experience. There is a tendency to want to run on stage and scream at somebody, but I have to be very polite and write it down in a notebook’. This is always true no matter how exceptional the orchestra!

Read: How I write for strings - composer Danielle Eva Schwob