8 opinions on performance and career by violinist Ivry Gitlis 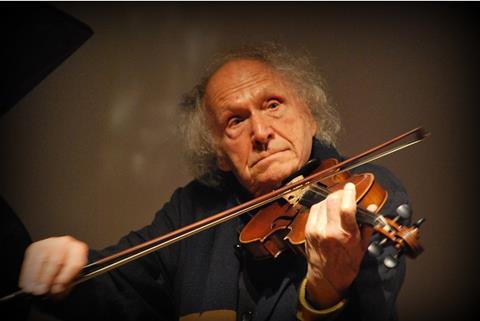 I was never a workaholic, except when I had to work really hard, for example when I agreed to record the Paganini caprices. I had never played them all, so I would come home and practise until 4.30 in the morning and then get back into the studio for 9. To learn a Paganini caprice overnight takes an eternity! Funnily enough, I had more problems with the ones I knew better than with the ones I had just learnt, because I really had to practise them. The lesson is that you should never rest on your laurels. Everything you do, whether in your fingers or your mind, has to be continuously polished.

A concert is an event for me. I don’t play one concert exactly the same as another. Today people might be playing in Tokyo one night, then flying to LA, then to Paris, and then to New Delhi. I call this the ‘jet lag’ way of playing. How can you live music in that way? I’m not accusing anybody, but it makes it so that you’re trying to play evenly – not too much of this, not too little of that – and that influences the whole interpretation and expectations. People engage you if they know you’re reliable. What does that mean? Do you want music that’s reliable? Do you think Schumann wrote his music for someone who was reliable?

On making a career

Today you have to have the stamina to make the kind of career that is expected of you if you’re ‘successful’. What does it mean to be a ‘successful’ musician? You can play a hundred or a thousand concerts, as long as there are two or three occasions that you remember yourself. If it meets what the audience wants, you made a good marriage, but it’s more important that there is something that remains in your mind.

There was always business. Sol Hurok was the great European agent: he was my manager and brought me to America. He didn’t have 150 artists on his list, but the artists he had were all individuals. When Horowitz, Piatigorksy and Milstein were youngsters, they left Russia and came to play in bars and whorehouses. They came with their friend Alexander Merovitch – he was their manager because he believed in them. He lived with them, suffered with them, played pranks with them. Those managers don’t exist now. You have people with business sense, who treat their artists like potatoes. It’s terrible, and people go along with it. But I see a new generation of younger people who are beginning to play for themselves. That gives me hope.

On conflict in music

When people say, ‘This quartet is wonderful – the players all sound the same,’ it’s terrible. What is democracy? It’s not that everyone should think the same – that’s a dictatorship. A real democracy is where people are individuals, and because of that they have an interest in living together and they find things to agree or disagree with. When you play together you shouldn’t follow each other – you should each be yourself and get together somehow. Look at the Amadeus Quartet – each one of them was a completely different person, but what they did together was the most beautiful thing you can think of.

People talk about peace as if it’s something you put on a table. It’s not. Life is a conflict – there is conflict every second. Of course, conflict where there’s killing is bad, but conflict in itself is a great thing if you live it and feel it, and see the contrasts.

When you think of the period between the First and Second World Wars, there were many wonderful players, each one a monument in themselves: Elman, Kreisler, Heifetz, Milstein, Menuhin, Busch, Sammons, Oistrakh, Francescatti, Huberman, Enescu, Szigeti – and that’s not all. Each one of them playing the same music would be a completely different work. Today you have marketable potential if you fit into a certain format that one can sell without too much of a problem. Sometimes you see one or two artists launched like that and after a couple of years you don’t hear of them, and it’s very cruel and very bad.

On emotion in music

I don’t think players allow themselves to suffer, or get upset about things that don’t concern them personally. If you make music but you don’t have the emotion to move people, what’s the point? In masterclasses, I try to make students understand that they shouldn’t only be motivated by perfect technique. It sounds like a cliché to say music is the most important thing – it’s so obvious. Technique should be about gaining the ability to play what you are feeling and what you want to give, to create a situation where when you play, you forget about your work. If someone comes to me after a concert and says, ‘You must have practised a lot,’ it means I must have played badly.

Everyone has talent – all children are gifted in one way or another, until they are educated. Education has become an industry and it leads towards dislocation. I remember talking with Nathan Milstein, who was a good friend. He was an Auer pupil and told me that Auer never talked about anything technical. Maybe that’s the best way to teach – to bring out what is inside the pupil, not to say, ‘That’s the way to do it.’ I don’t like the word ‘teaching’ – it’s pretentious. I don’t consider myself so grand to assume that I can teach you what to do.

This interview was taken from a birthday tribute article printed in the August 2012 issue of The Strad. Click here to subscribe or login. Alternatively, download on desktop computer or through The Strad App.