7 steps to self-releasing your album

Advice from composer Matthew Whiteside on a 21st-century approach to recordings, as he prepares to release his new album of string quartet music

Matthew Whiteside, centre, in the studio with the Aurea Quartet

Are you a musician aiming to forge a professional career? Have you thought about releasing any music? If yes, excellent! One of the best ways to get your music into people’s lives is through recording and releasing. You have two options on how to release music: self-releasing or going through a label. Both have benefits and problems.

Going through a label means you have access to all of their connections, marketing clout and distributor network. However you don’t have as much control over the final release and you have to share the income from the recording with them, potentially quite a large amount.

If you self-release, then you keep most of the income yourself but have to do your own marketing and distribution or pay someone to help. Whether self-releasing or going through a label, especially the independent labels, chances are you will need to put in some of your own money or get external investment.

It is technically easy to self-release your music but takes a lot of effort. These are the main points: 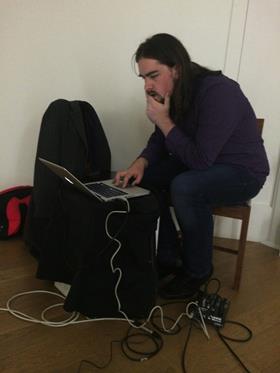 You’ve done all that and your music is out in the wild, you’ve had some radio play, good reviews and some streaming success. Now what? Curate playlists!

Making playlists is a great way to share your music and keep interest in it while supporting and promoting fellow musicians. Also means you are not continually shouting ‘hey listen to my old music’ on Twitter. It also creates context for your recordings to feed the algorithm for algorithmic playlists.

Every week I try to make a new playlist which always features a recording of mine alongside about 60 mins of other music. I think about it as an impossible concert. I sometimes include other non-classical music I like, and share it widely on Social Media and tagging everyone featured in the playlist (when I can find them). This is in the hope that those tagged will retweet, which promotes everyone’s music on the playlist. I also have other ones such as ‘Ambient and Minimal Classical Music’ and ‘Contemporary Classical’ but my Weekly Playlist is the most popular.

Releasing an album is a massive but rewarding undertaking. It is an excellent opportunity to hang a profile-raising PR campaign off and to do an album release tour. Another release strategy is to release singles continually that eventually build to an album; this is becoming more prevalent within popular music but hasn’t taken off within classical, yet.

I’ve always self-released and found that works for me, because I’m quite hands-on. I’ve experimented with singles between my first and second album along with playlisting and keeping abreast of broader trends in the music industry. Self-releasing has helped me build a following online and has fed into how I’m releasing my second album, Entangled, featuring three string quartets.

Entangled will be released on the 25th October, two singles are already out and you and pre-save the album at https://ffm.to/entangled.izq