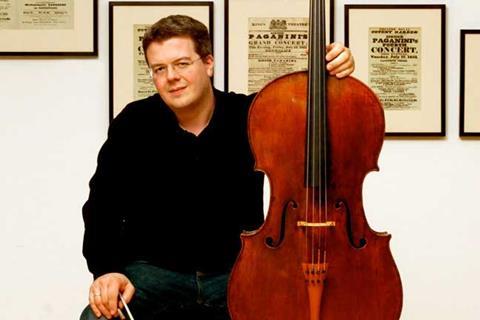 Paul Watkins is a Welsh cellist and conductor. He studied with William Pleeth, Melissa Phelps and Johannes Goritzki and at the age of 20 was appointed Principal Cellist of the BBC Symphony Orchestra. He has performed regularly with all the major British orchestras and world renowned conductors including Paavo Berglund, Leonard Slatkin, Sakari Oramo, Sir Mark Elder, and Sir Andrew Davis. A devoted chamber musician, Watkins was a member of the Nash Ensemble from 1997 to 2013 before joining the Emerson String Quartet in May 2013. He has made seven concerto appearances at the BBC Proms, most recently in a performance of the Lutoslawski Cello Concerto with the BBC Symphony Orchestra, conducted by Thomas Adès and recorded live by BBC Radio 3. Watkins plays on a cello made by Domenico Montagnana and Matteo Goffriller in Venice, c.1730.