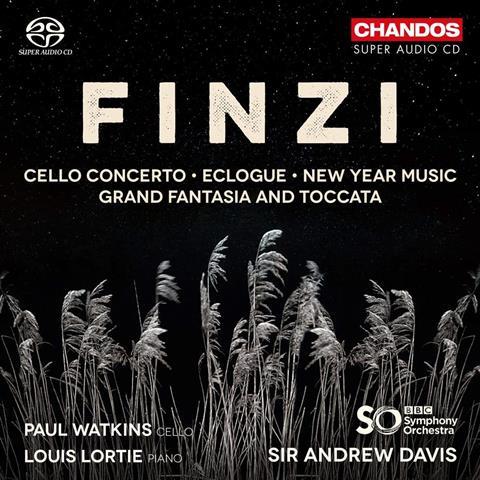 Unlike his younger near-contemporary Benjamin Britten, Gerald Finzi was not a mellifluous composer but meticulously honed each new work, often over long periods of time.

Yet so distinctive is his harmonic idiom, so unmistakable the sense of profound sadness that lies behind even the most apparently carefree of gestures, that it could be the work of no other.

Sketches for his Cello Concerto, for example, date back as far as the 1930s, yet it was not until the early 1950s that he began seriously on the piece and even then it took four years of on-and-off work to complete.

Cast in three movements lasting nearly 40 minutes, it contains a central Andante quieto that is especially poignant, coming from the pen of a composer who had been recently diagnosed with Hodgkin’s disease and told he had as little as five years left.

Paul Watkins’s captivating performance, supported devotedly by the BBC Symphony Orchestra under an inspired Andrew Davis and captured in opulently detailed sound, radiates insight and conviction in every bar.

Rarely have the opening movement’s declamatory outbursts resonated so profoundly, nor the slow movement’s noble restraint and the finale’s triumph in the face of adversity. With first-class couplings, this is a Finzi disc to cherish.