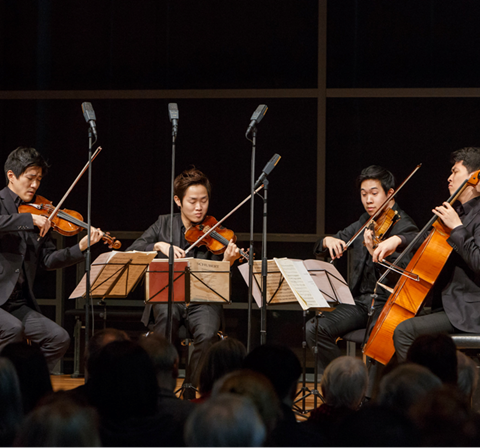 The Novus Quartet (pictured) from South Korea has triumphed in the string quartet section of the Eleventh International Mozart Competition of the Mozarteum University in Salzburg. The ensemble was presented with the Ian Stoutzker Prize, worth €20,000, following its performance in the final round of works by Schubert, Berg and Mozart.

The International Mozart Competition takes place every three to five years in string quartet and singing disciplines. This year’s string panel was chaired by Lukas Hagen. Second prize, worth €12,000, was awarded to Quatuor Varèse, a French quartet founded in 2006, while third prize, worth €8000, went to Quatuor Lumière, founded in 2011, incorporating musicians from Australia, France and the Ukraine.