The two cellists are alumni of the Berlin music school 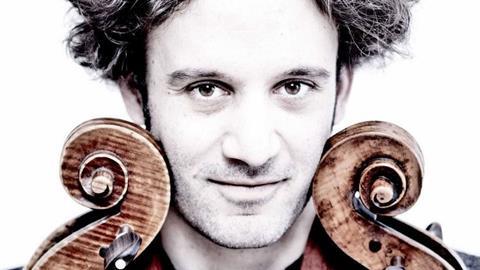 Nicolas Altstaedt (pictured) and Claudio Bohórquez have been appointed  cello professors at the Hanns Eisler Academy of Music in Berlin, Germany. The two musicians are alumni of the university, having studied under Boris Pergamenschikow and Eberhard Feltz.

Altstaed, who won the Credit Suisse Young Artist Award in 2010, has been artistic director of the Lockenhaus Chamber Music Festival since 2012 and artistic director of the Haydn Philharmonic Orchestra in Austria since 2014. He was a BBC New Generation Artist from 2010-12 and has performed under such conductors as Vladimir Ashkenazy, Sir Neville Marriner and Sir Roger Norrington. As a chamber musician he performs regularly with Janine Jansen, Vilde Frang, Pekka Kuusisto, Antoine Tamestit, Lawrence Power and Quatuor Ébène.

Claudio Bohórquez won the International Music Competition in Geneva in 1995. He has taught as a guest professor at the Hanns Eisler Academy since 2003 and was appointed a professor at the Music University Stuttgart in 2011. As a soloist he has performed under conductors Daniel Barenboim, Rafael Frühbeck de Burgos, Christoph Eschenbach, Manfred Honeck, Yakov Kreizberg, Sir Neville Marriner, Leonard Slatkin, Tugan Sokhiev and David Zinman.