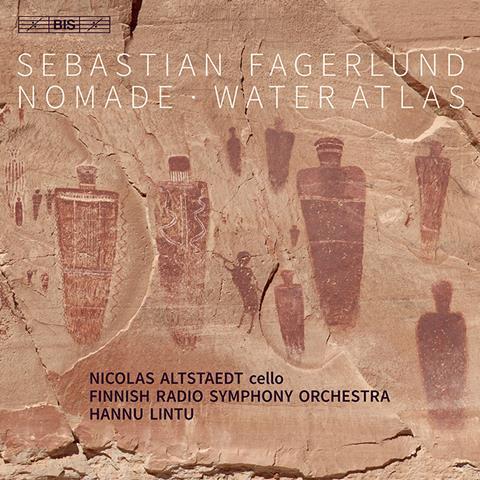 Description: Finnish composer’s cello concerto is convincing in the hands of its dedicatee

The titular nomad of Sebastian Fagerlund’s concerto from 2019 is the cellist as wanderer: not through any particular landscape, though the solo part’s modal contours might evoke a terrain on the fringes of Europe or beyond it, but rather undertaking an interior journey. The continuously arranged eight sections and almost 40-minute duration of Nomade also establish a sense of scale comparable to Strauss’s Don Quixote, while Fagerlund’s acknowledged debt to Lutosławski surfaces positively in the restless tonal shifts of the orchestral texture. Tuned and keyed percussion often set the scene: a ticking reminder of time passing in the tough opening Espressivo, an almost Feldmanesque presence of gentle indifference in the central, sarabande-like Lento, a catalyst for transcendence in the finale’s slow dissolve.

Edited from two concerts presenting the concerto’s Finnish premiere, the performance has transferred well to record, betraying no sign of an audience and catching even the soloist’s scordatura descent below bottom C in the closing bars. Fagerlund wrote Nomade with Nicolas Altstaedt in mind, and his response is outstandingly dexterous and fluid, cantabile even in the Prokofiev-like rough and tumble of the second movement scherzo, secure in the flautando and harmonics of a long cadenza placed before the finale. Repeated plays dispel initial impressions of a diffuse and somewhat narrow expressive register – this nomad wanders with the weight of the world on his shoulders like the mythological giant of the companion tone-poem – but Altstaedt’s performance is one I’d want to experience in the flesh. The orchestral piece Water Atlas surges and heaves with the underlying momentum and overlapping tempo shifts of notable forebears such as Sibelius and Lindberg: fellow Finn Hannu Lintu has its full measure.