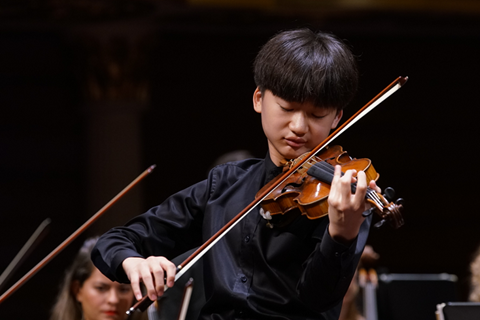 The Category A final, for violinists aged 12 or under, taking place on 19 September, was won by Wang Shihan (China) playing Mozart’s Violin Concerto no.3, with Clara Shen (Germany) taking second prize and Chloe Chua (Singapore) third. The cash prizes are $7,500, $4,000 and $2,500 respectively.

The Category B final for ages 13 to 16, which took place on 21 September, was won by the Spanish violinist María Dueñas Fernández, playing Mozart’s Violin Concerto no.4 and the first movement of Paganini’s: Violin Concerto no.1. Second prize went to Miyu Kitsuwa (Japan) and third to Luo Chaowen (China). The prizes are $15,000, $8,000 and $5,000.

All finals are accompanied by the Salzburg Chamber Soloists.