The musician’s 2019-2020 season will include debuts with the Baltimore Symphony, Singapore Symphony and Thailand Philharmonic 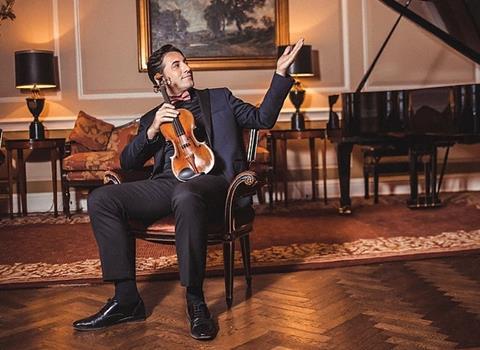 Quint made his Warner Classics recording debut earlier this year with a new album of arrangements of music by Charlie Chaplin, Chaplin’s Smile.

Watch and read: Violinist Philippe Quint on the music of Charlie Chaplin.

Born in St. Petersburg (then Leningrad), Quint studied at Moscow’s Special Music School for the Gifted with Andrei Korsakov and later at the Juilliard School in the US. His mentors include Dorothy Delay, Cho-Liang Lin, Masao Kawasaki, Isaac Stern, Itzhak Perlman, Arnold Steinhardt and Felix Galimir. He plays the 1708 ‘Ruby’ Stradivari violin on loan to him through The Stradivari Society.