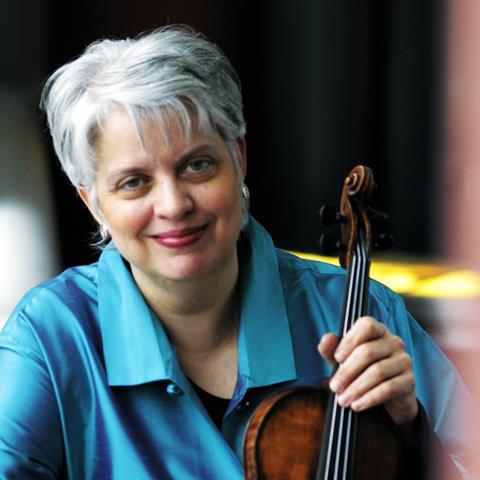 US violinist Jorja Fleezanis died on 10 September at the age of 70. From 1989 to 2009 she was concertmaster of the Minnesota Orchestra - the longest-tenured concertmaster in the orchestra’s history and only the second woman in the US to hold the title of concertmaster in a major orchestra when appointed. She was also the Henry A. Upper chair at Indiana University.

Born on 19 March 1952, Fleezanis grew up in Detroit, Michigan, the daughter of Greek immigrants. She studied at the Cincinnati Conservatory of Music and the Cleveland Institute of Music. Prior to Minnesota, she was associate concertmaster with the San Francisco Symphony for eight years, and a member of the Chicago Symphony. She was on the faculty of the Jacobs School of Music at Indiana University as Professor of Orchestral Studies from 2009 to 2021, and recently became a visiting faculty member for Creative Orchestral Studies at the Interlochen Arts Academy.

A devoted teacher, Fleezanis became an adjunct faculty member at the University of Minnesota’s School of Music in 1990 until 2009. She also enjoyed teaching roles with other organisations: teacher and artist at the Round Top International Festival Institute in Texas (1990-2007); artist-in-residence at the University of California, Davis; guest artist and teacher at the San Francisco Conservatory, where she served on the faculty from 1981 to 1989; artist and mentor at the Music@Menlo Festival (2003-2010); teacher and coach at the New World Symphony (1988-to present), and on the faculty of the Music Academy of the West since 2016.

She was a visiting teacher at the Boston Conservatory, the Juilliard School, the Shepherd School of Music and the Interlochen Academy and Summer Camp. She was also a frequent guest and clinician at the Britten Pears Centre at Snape Maltings, UK in programmes for both young musicians and professional orchestral violinists.

Fleezanis had a number of works commissioned for her: the John Adams Violin Concerto and the Ikon of Eros by John Tavener, both commissioned and premiered with the Minnesota Orchestra, the latter recorded on Reference Records. Her recording of the complete violin sonatas of Beethoven with the French forte pianist Cyril Huvé was released in 2003 on the Cyprés label. Other recordings include Aaron Jay Kernis’ Brilliant Sky, Infinite Sky on CRI, commissioned for Fleezanis by the Schubert Club, and Stefan Wolpe’s Violin Sonata recorded with Garrick Ohlsson for Koch International.