The American violinist is the school’s newest violin professor 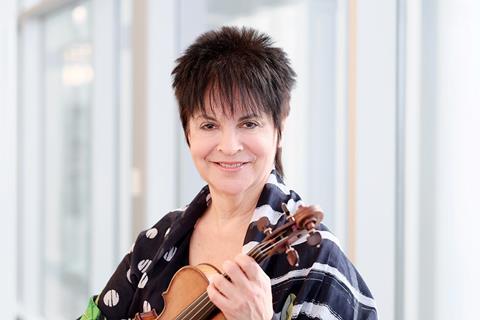 New York University’s Steinhardt School of Music has announced the appointment of violinist Ida Bieler as its new violin professor.

The American violinist is currently violin professor at the Robert Schumann Hochschule, Düsseldorf, Germany, Universität für Musik und Darstellende Kunst, Graz, Austria and the University of North Carolina School of the Arts - where Bieler was a student herself. Bieler is also guest professor at the Guildhall School of Music and Drama in London.

The first female concertmaster of the Gürzenich Orchestra in Cologne, Bieler was also a member of the Melos Quartet, the Xyrion Paino Trio and the Mendelsoohn Trio amoungst others. She has performed compete work cycles included Bach’s Solo Sonatas and Partitas and the complete sonatas of Bartók, Hindemith, Corigliano and Penderecki.

Bieler has recorded extensively with labels such as Naxos, Genuin Classics and Harmonia Mundi Musique. Her recording of Penderecki, Sonatas, Miniatury and Cadenza for Solo Violin won the Classics Today award for reference recording and the Echo Klassik prize for her Hindemith sonatas.

Read: ‘I try to teach the students to think for themselves’ – the singular teaching legacy of Dorothy DeLay