The long-standing member of the Buffalo Philharmonic Orchestra was 71 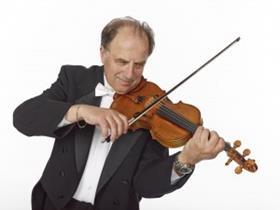 Violinist in the Buffalo Philharmonic Orchestra for 28 years, Dmitry Gerikh has died at the age of 71

Born in 1950 in Odessa, Gerikh began his violin studies with Professor Boris Brant at the Stolyarsky Music School for Gifted Children, becoming a first prize winner of Ukraine’s Young Violinists competition at age 15. He went on to study at Odessa Conservatory, gaining a masters degree with Professor Arthur Zisserman, followed by postgraduate studies at Gorky State Conservatory with Professor Simeon Yaroshevich. Upon graduating, he served as concertmaster of the Odessa Philharmonic Orchestra and formed a Baroque ensemble ‘Pastoral’, which toured Ukraine and Europe extensively.

Gerikh emigrated to the United States in 1989, becoming principal second violin with the Syracuse Symphony Orchestra. He joined the Buffalo Philharmonic Orchestra in 1993 and is survived by his wife, their son and two grandchildren.