The Detroit-based competition, which includes senior and junior divisions, is open to Black and Latino US string players 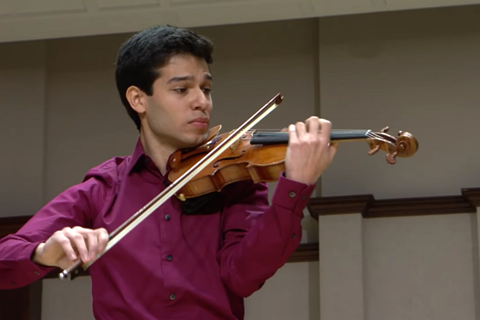 Rubén Rengel, 22, has won first prize at the Shinx Competition in Detroit, earning himself a $50,000, a number of concert opportunities and a custom made bow worth a further $8,000.

Cellist Gabriel Martins won second place with a $20,000 award, and violinist Randall Goosby won third place with a $10,000 prize. Goosby was also the recipient of the $5,000 Audience Choice Award. 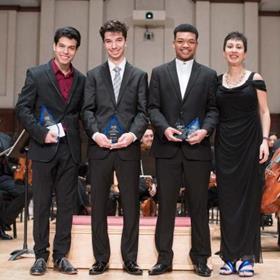 Rengel studied at the Emil Friedman Conservatory in Venezuela with Iván Pérez Núñez, the Cleveland Institute of Music with Jaime Laredo and currently at Rice University’s Shepherd School of Music. In 2011 he won the Juan Bautista Plaza National Violin Competition of Venezuela and in 2014 the CIM Concerto Competition.

Held annually, the Sphinx Competition is open to junior high, high school, and college-age Black and Latino string players residing in the US, with the aim of developing classical music talent in the black and Latino communities.