Both orchestras cut ties with the Russian conductor, following ultimatums demanding Gergiev to confirm his stance on the Russian invasion of Ukraine 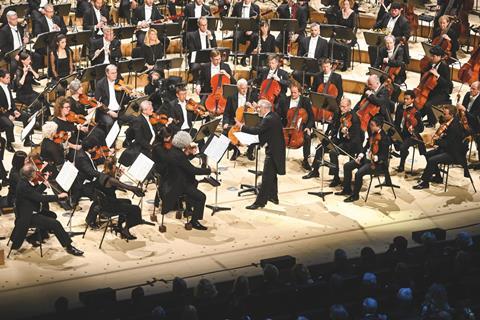 Last Friday, Dieter Reiter, the mayor of Munich, gave Valery Gergiev a deadline of Monday 1 March to condemn the Russian invasion of Ukraine and the actions of Russian president Vladimir Putin.

He stated that if Gergiev did not distance himself from the Russian invasion by Monday, measures would be made to remove any affiliation with the orchestra, ’He can no longer remain the chief conductor of our Philharmonic.’

Gergiev has remained silent since then and has now been fired from his post as chief conductor of the Munich Philharmonic, a role he has held since 2015.

On the Munich Philharmonic’s social media channels today, mayor Reiter said, ’Munich is parting from chief conductor Valery Gergiev. With immediate effect, he will no longer be conducting concerts of the Munich Philharmonic. Valery Gergiev has not spoken out despite my call to clearly and unequivocally distance himself from the brutal war of aggression that Putin is waging against Ukraine and now in particular against our twin city of Kyiv.

’I would have expected him to reconsider and revise his positive opinion of Russia’s ruler. He has not done so. In the current situation, however, a clear signal to the orchestra, its audience, the public and the city council would have been indispensable to allow us to continue working together. Since this was not forthcoming, we have no choice but to let him go.’

On Friday, the Rotterdam Philharmonic Orchestra also called for Gergiev to confirm his stance on the Russian invasion. Today, the managing board of the orchestra has confirmed termination of the organisation’s relationship with the conductor, which had stretched back to 1988.

’Yesterday evening we were able to contact Mr Gergiev. However, at the end of this conversation insurmountable differences remained. The Rotterdam Philharmonic Orchestra and the Rotterdam Philharmonic Festivals therefore consider they have no choice but to terminate their relationship with the conductor. Concerts with Mr Gergiev will be cancelled, likewise the NTR Saturday Matinee. The Gergiev Festival will also be disbanded’

This follows the decision of numerous artistic organisations to cut ties with Gergiev, who has voiced support for Putin in the past. His appearances at Carnegie Hall with the Vienna Philharmonic were cancelled last weekend. He has also been dropped by his management and had future appearances at the Lucerne Festival cancelled.

The effects of the Russian invasion are being felt across artistic communities Europe and worldwide, with festivals and venues taking action to condemn the Russian invasion. The Riga Jurmala Festival in Latvia has been cancelled completely, and the opera houses of Lithuania and Estonia have cut ties with Russian theatres out of solidarity with Ukraine. Last night the English National Opera played the Ukrainian national anthem before its final performance of La Bohème.