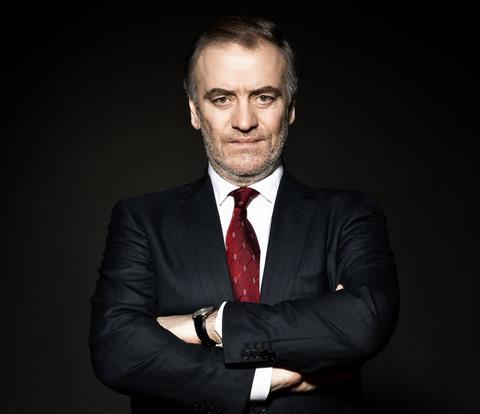 Carnegie Hall and the Vienna Philharmonic have announced that Russian conductor Valery Gergiev will not be conducting a series of upcoming concerts this weekend.

The announcement coincides with widespread international condemnation of Putin’s invasion of Ukraine on 24 February. While Carnegie Hall have not provided a reason for his departure, Ukraine supporters in New York have been protesting Gergiev’s upcoming appearances, due to his close ties with the Russian president Vladimir Putin.

Gergiev was due to conduct the Vienna Philharmonic in New York from 24 to 27 February, however he has now been replaced by Yannick Nézet-Séguin. Russian pianist Denis Matsuev was due to perform as soloist, but will be replaced by another performer.

Gergiev was awarded a revived Stalin-era Hero of Labour of the Russian Federation prize by Putin in 2013. He has also voiced support in the past for Putin’s actions in Donetsk in eastern Ukraine. Gergiev currently serves as general and artistic director of Russia’s Mariinsky Theatre and has received the title of People’s Artist of Russia in 1996, plus three State Prizes of Russia.

The conductor is in danger of losing future engagements, as more venues question their collaboration with him. According to the Guardian, the mayor of Milan, Giuseppe Sala, said that Gergiev would not be able to perform at the prestigious La Scala opera house in March, unless he condemns Russia’s invasion of Ukraine.

Mayor Sala, who is also the president of La Scala, said, ’We are asking him to take a clear position against this invasion, and in the event he doesn’t do so, we will have to renounce the collaboration.’