As of 6 June, anything made of or containing ivory must be registered before a sale in Britain 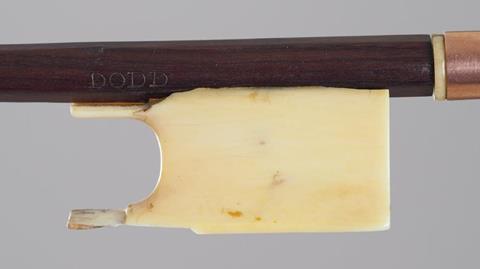 The UK Government’s Ivory Act has come into force. As of Monday 6 June, it is illegal to sell anything made of or containing elephant ivory unless the item is registered and qualifies for an exemption. The Ivory Act prohibits dealing in ivory items unless they meet one of five narrow and carefully defined exemptions and are either registered or have an exemption certificate.

Read: What do the new UK ivory regulations mean for bows?

Debate: Why musicians should appeal against the Ivory Act

According to a Government press release, anyone found guilty of breaking the law could be fined up to £250,000 or risk up to 5 years’ imprisonment. As well as the sellers, buyers of ivory items are responsible for checking that they can be lawfully sold or hired out.

Read: The British bow: a rough guide to dating and development

‘The number of elephants free in the wild has declined by almost a third, with the savanna elephant population plummeting by around 30 percent – equal to 144,000 elephants – across 15 African countries between 2007 and 2014,’ the press release stated. ‘It’s estimated around 20,000 are also still being slaughtered annually because of the global demand for ivory.’