What do the new UK ivory regulations mean for bows?

A new UK requirement to register all ivory-tipped bows will affect music shops, auction houses and the musicians themselves. Peter Somerford examines what the implications are for the industry 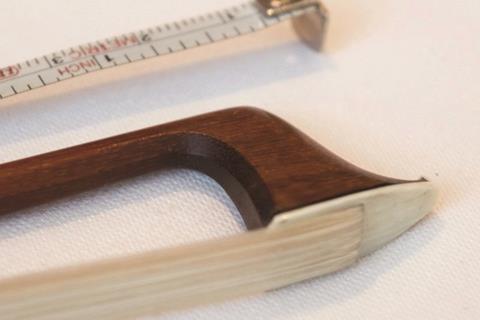 New government regulations state that ivory-tipped bows will need to be registered before they are bought or sold in the UK. The Ivory Act 2018 [pdf], which is expected to come into force later this year, prohibits all dealing in elephant ivory, including sales within the UK, imports into the UK and exports from the UK, with a limited range of exemptions.

One of these exemptions is pre-1975 musical instruments (including bows) in which the volume of ivory is less than 20 per cent of the total volume of the material of which the instrument is made. Owners will be required to register their bows with the Animal and Plant Health Authority (an executive agency of Defra, the Department for Environment, Food and Rural Affairs) and pay a fee, as yet undetermined.

Criminal sanctions for breaching the Ivory Act prohibition extend to a maximum prison sentence of five years and/or an unlimited fine. Musicians’ organisations and representatives from the musical instruments industry and the violin trade all took part in government consultations on the Ivory Bill, before it began its journey through parliament on 23 May 2018 on its way to becoming an Act on 20 December 2018. Proposals for a total exemption for bows, and separate calls for the exemption backstop to be 1989 instead of 1975 – so as to match the year when the Convention on International Trade in Endangered Species of Wild Fauna and Flora (CITES) moved to place African elephants on its Appendix I list of species threatened with extinction – were ultimately rejected.

‘The UK agencies and CITES would prefer to put their small budget and available time towards the real issue of combating poaching’ – Peter Beare, Beare Violins Ltd

Campaigners are still hoping, however, that the Act can be amended through secondary legislation, and are urging musicians to sign a petition that asks the government to exempt bows from the registration process. The petition was started by Sarah Buchanan, of UK online auctioneers Amati, who says: ‘Ethically, the Act is incredibly important, and the exemption for musical instruments is very good news. But the impracticality of having to register such a small quantity of ivory on such a high volume of bows is something I don’t think the government sufficiently considered when it drafted the legislation.’ 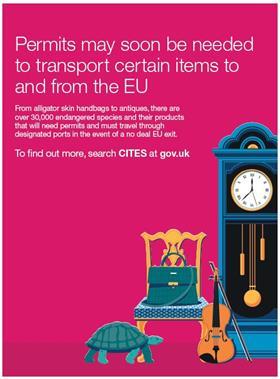 Violin dealer Benjamin Hebbert, the chairman of the British Violin Makers Association, is backing the petition, and argues that the registration requirements will place a significant administrative burden on government agencies at a time when resources should be focused on fighting poaching and smuggling. As he puts it, ‘We would prefer that officials were looking for dead elephants rather than going after musicians.’

Violin maker Peter Beare, of Beare Violins Ltd, has consulted with CITES on behalf of the international makers association the Entente Internationale des Luthiers et Archetiers (EILA), and was involved in consultations with Defra on the ivory ban. He says: ‘Fundamentally, the ban is an excellent thing. And the logical exemption for musical instruments is a very good outcome, but that is primarily because Defra, like CITES, realises that violin bows are not part of the problem.

‘The UK agencies and CITES would prefer to put their small budget and available time towards the real issue of combating poaching, but these bodies can’t be seen to be the driving force behind a total exemption for bows, even though they told me that they think it’s a good idea.’ 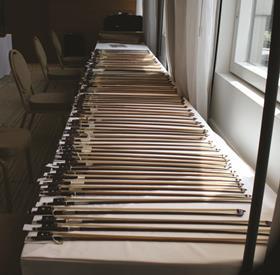 Beare identifies a range of immediate and potential implications of the new legislation for musicians, among them the need to provide proof, as part of the registration process, that a bow was made before 1975, and also, that bows made after 1975 with existing supplies of African elephant ivory will become illegal to sell. ‘Asian elephant ivory wasn’t used in Europe for bow making, as far as we know,’ he explains.

‘When CITES listed Asian elephants on Appendix I in 1975, the trade understood that African elephant ivory was also problematic, so it switched to mammoth ivory from around 1980. But some bow makers continued to use up their existing stocks of elephant ivory, and it was still legal to make and buy ivory-tipped bows until 1990.’

The UK ban could potentially be extended to include mammoth – the Act includes a power to add other ivory-bearing species, whether extant or not, through secondary legislation – which would bring a great many more post-1975 bows under the registration protocol. Beare argues that there is still no bow tip substitute to rival mammoth ivory, and that owners who are tempted to switch an original ivory tip for another material risk damaging their bow as well as devaluing it.

‘If you take the original tip off any good-quality bow, that bow is no longer original,’ he says. ‘And then you have the issue of what you replace the ivory with.’

Both Beare and Hebbert expect the EU will toughen its ivory regulations in the wake of the incoming UK legislation. Under current regulations, items of worked ivory made prior to 3 March 1947 can be bought and sold within the EU without a permit. Worked ivory items made after this date need a CITES permit from the member state in order to be traded within the EU, and a CITES re-export permit is needed for the shipment of an ivory object of any age to countries outside the EU.

The UK will continue to comply with CITES obligations after it exits the EU, so exporting bows that contain ivory will require the appropriate CITES permits.