Two events held as part of the Violins of Hope Exhibition 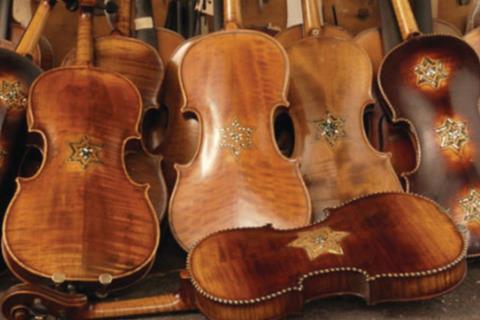 Two events near to Naples’s Holocaust Music and Education Centre, over the next few days, will complement its latest exhibition, ‘The Violins of Hope’, which profiles some of the restored violins played by Jewish musicians before and during the Holocaust.

On December 12, Dr. James Grymes, author of the book ‘Violins of Hope’, will share personal stories of the history of the violins and their owners at Temple Shalom.

Then, on December 13, there is an appearance from Avshalom Weinstein, the Israeli violin maker who, together with his father Amnon, brought these fragments of history back to life.

There is also a performance on the instruments themselves, which have been played in concerts around the world.

The exhibition, which runs at Naples’s Holocaust Music and Education Centre until December 31st, features photographs and stories of musicians who owned these instruments, as well as the instruments themselves.