Three Ukrainian members of the Seoul Pops Orchestra have left South Korea to fight for their homeland, with the ensemble organising a benefit concert to support the musicians 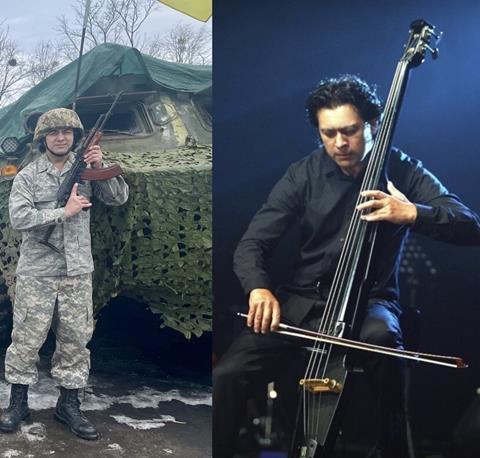 Ukrainian members of the Seoul Pops Orchestra have left South Korea to fight for their country. They are bassist Ziuzkin Dmytro, 47, violist Lev Keler, 51, and trumpet player Matviyenko Konstyantyn, 52.

Members of the Seoul Pops Orchestra have been unable to convene since January, due to events being cancelled by the spread of the Omicron variant. In a report in the Korea Herald, Seoul Pops Orchestra director and conductor Ha Sung-ho stated he was concerned about the wellbeing of his Ukrainian colleagues since the outbreak of war last week.

After extensive efforts were made by the orchestra to contact the Ukrainian members, they were found to have departed Seoul to join the fight against the Russian invasion.

The orchestra received a photo of SPO bassist Dmytro holding a rifle and dressed in military uniform on Wednesday.

Ha said, ’I am worried about all of our members, because I have not heard much about them. I only hope they stay safe.’

’I have been working with our members for almost 20 years. The orchestra is like a group, almost like a family. We do have Russian artists, but everyone is worried about our colleagues.’

The SPO will hold a benefit concert will be held this month to raise funds for Ukraine and the Ukrainian artists of the orchestra.

Read: ‘Concert for Peace’ to be held at the Concertgebouw Amsterdam