Russian musicians and artists speak out against Putin’s invasion

An open letter condemning the invasion had over 17,000 signatures on Tuesday 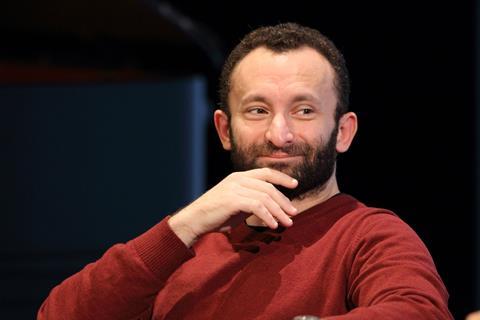 Russian artists and culture workers are taking a stance against the Russian president’s invasion of Ukraine, including in an open letter signed by over 17,000 people on Tuesday. It states:

’We, artists, curators, architects, critics, art historians, art managers - representatives of culture and art of the Russian Federation - initiated and sign this open letter, which we consider insufficient, but necessary action on the way to peace between Russia and Ukraine.

’The war in Ukraine is a terrible tragedy for both Ukrainians and Russians. It entails huge human losses, jeopardises the economy and security, and will lead our country to complete international isolation. At the same time, it is absolutely meaningless - any enforcement of peace through violence is absurd. The pretext under which the deployment of the “special operation” took place was entirely constructed by representatives of the Russian authorities, and we oppose this war being waged on our behalf.’

Signatories of the letter believe that the war will have irreparable consequences on artists and culture workers, stating the war ’will take away our last opportunities to fully work, speak out, create projects, popularise and develop culture, and take away the future.’

The artists and culture workers fear international isolation: ’Everything that has been done culturally over the past 30 years is now at risk… It will be almost impossible to engage in culture and art in such conditions.’

The letter concludes, ’We, artists, curators, architects, critics, art critics, art managers - representatives of the culture and art of the Russian Federation - express our absolute solidarity with the people of Ukraine and say resolutely “NO TO WAR!”. We demand an immediate stop to all hostilities, the withdrawal of Russian troops from the territory of Ukraine and the holding of peace talks.’

Elsewhere, the Berlin Philharmonic Orchestra and chief conductor Kirill Petrenko have issued statements condemning the Russian invasion of Ukraine. Of the attacks, Petrenko said, ’Putin’s insidious attack on Ukraine, which violates international law, is a knife in the back of the entire peaceful world. It is also an attack on the arts, which, as we know, unite across all borders.

’I am in complete solidarity with all my Ukrainian colleagues and can only hope that all artists will stand together for freedom, sovereignty and against aggression.’

Petrenko was born in Omsk, former USSR, to a Ukrainian-born father. The family emigrated to Austria when Petrenko was 18.

New York’s Metropolitan Opera has cut ties will all pro-Putin artists, along with many other opera houses worldwide. Opera star Anna Netrebko, who has past ties with Putin, has withdrawn from all engagements, stating, ’This is not a time for me to make music and perform. I have therefore decided to take a break from performing at the moment. It is a very difficult decision for me.’

In a statement on social media, she said, ’I am opposed to this war. I am Russian and I love my country but I have many friends in Ukraine and the pain and suffering right now breaks my heart. I want this war to end and for people to be able to live in peace. This is what I hope and pray for.’

However, Netrebko stopped short of denouncing Putin altogether, saying, ’I want to add one thing, however: forcing artists, or any public figure, to voice their political opinions in public and to denounce their homeland is not right. This should be a free choice. Like many of my colleagues, I am not a political person. I am not an expert in politics. I am an artist and my purpose is to unite people across political divides.’