Strings at The Proms: our pick of the programme, released today 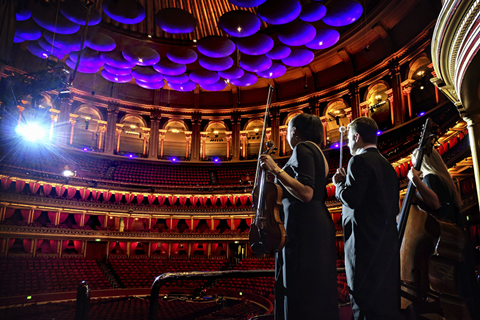 The 2018 season of The BBC Proms has been revealed today, with a total of 90 concerts and daily free talks from 13 July to 8 September. The BBC notes that more than 100,000 tickets will be available for £15 of less, including the arena standing tickets held at £6 again this year.

All concerts will also be broadcast on BBC Radio 3.

The string highlights of the season are:

(All concerts in the Royal Albert Hall unless otherwise indicated)

Joshua Bell performs Saint‐Saëns Violin Concerto no.3 with the Academy of St Martin in the Fields

The JACK Quartet joined by percussionist Colin Currie for a programme of 20th- and 21st-century works, including world premieres by Simon Holt and Suzanne Farrin.

World premiere of a Violin Concerto by Norwegian composer Rolf Wallin, performed by Alina Ibragimova. With Edward Gardner and the Bergen Philharmonic