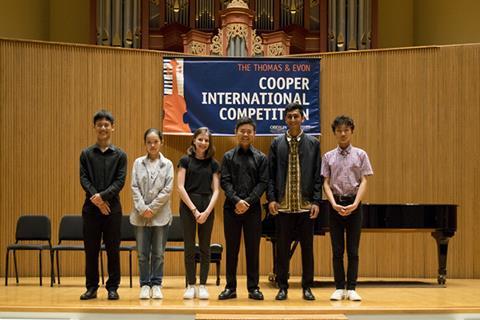 The Thomas & Evon Cooper International Competition last night named the six violin candidates chosen to progress to the recital finals, which take place today, 24 July. Three will proceed to the concerto final on Friday 26 July performing with the Cleveland Orchestra at Severance Hall.

The six remaining competitors are:

The Cooper International Competition, presented annually by the Oberlin Conservatory of Music and the Cleveland Orchestra, alternating between piano and violin, began life as the Oberlin International Festival in 1985 and, after a brief hiatus, returned in 2010 sponsored by Thomas and Evon Cooper.

The competition will be streamed live here