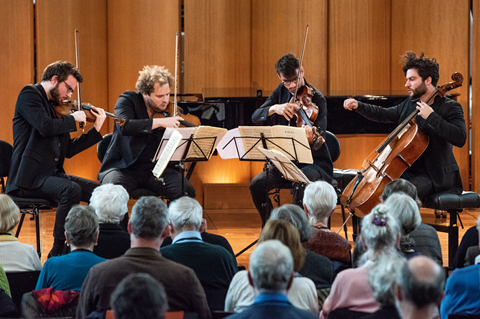 The Goldmund Quartet performs in the heats
©Mike Keating

The Melbourne International Chamber Music Competition, which takes place every four years, has returned for a 2018 edition, inviting eight string quartets and eight piano trios to the state capital of Victoria, Australia.

The first round saw each group performing twice across five days, covering 19th- and 20th-century repertoire, as well as one two specially commissioned works by Australian composers Holly Harrison and Paul Stanhope.

The piano trios are:

The semi-finals will take place on 6 July at the Australian National Academy of Music and the grand final on Sunday 8 July at the Melbourne Recital Centre. Both will be broadcast live on ABC Classic FM with the final also live video streamed.